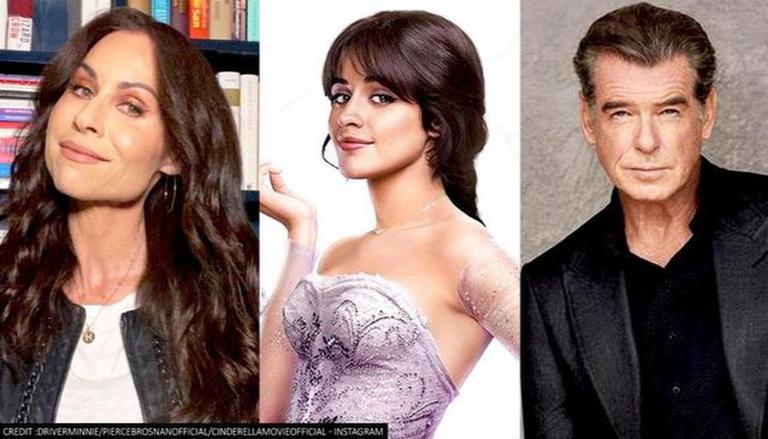 
Kay Cannon, director of the upcoming Camila Cabello starrer, Cinderella spoke about her experience working with the incredible actors Minnie Driver and Pierce Brosnan. According to ANI, the director mentioned that the two made for the perfect King and Queen in the film. Pierce Brosnan will take on the role of King Rowan, while Minnie Driver will be Queen Beatrice, who is willing to challenge the King's authority when he goes wrong.

Opening up about the joy of working with Pierce Brosnan, Cannon mentioned that he added ‘interesting layers’ to his character of King Rowan. As per a report by ANI, she said, “Pierce Brosnan is after all Bond, James Bond. He’s incredibly charming and has gravitas and wit that gives the King some interesting layers. I loved that he was always open to making fun of himself, especially his singing.” Cannon also spoke about how she felt lucky enough to have someone like Minnie Driver to play the role of the Queen. The director said, “She has a great singing voice, dry wit and sharp improv skills. She also hit the dramatic moments and made them land with a stinging ferocity.”

The new-age fairy tale is set to release on Amazon Prime Video on September 3. The film will be Camila Cabello’s first and it will also star Idina Menzel, Nicholas Galitzine and Billy Porter apart from Minnie Driver and Pierce Brosnan. Cabello recently opened up about her part in the film and said it made her a more ‘kick-ass’ woman.

The film will portray Cinderella as a young woman with a dream of starting her own clothing line. The romantic musical drama will follow Cinderella, who realizes what she wants from life, and it’s not a prince. She realizes she wants a career, even though people around her tell her it is not possible. It will be produced by James Corden, Leo Pearlman, Jonathan Kadin and Shannon McIntosh. The upcoming film will also incorporate pop songs by global artists like Camila Cabello and Idina Menzel.