New Year's Eve 2021: Firework Events Across The World To Watch Out For

With the New Year inching closer, take a look at the list of places across the world that are organising massive New Year firework events. 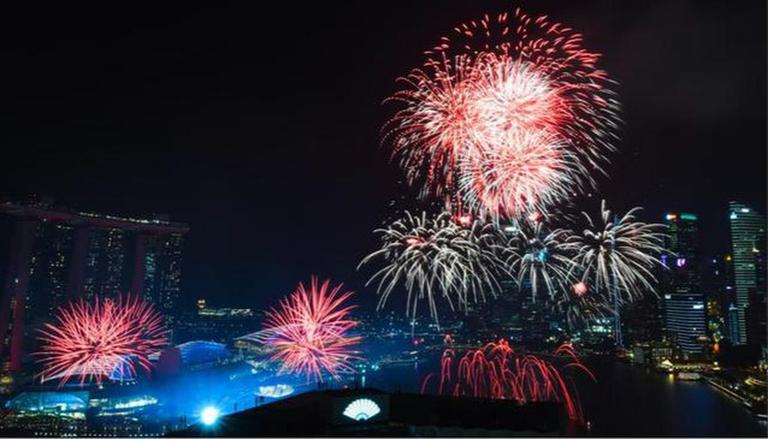 
As the New Year is inching closer, when the clock strikes 12 today, December 31, people from all over the world are sure to shift their focus to the sky for a few seconds to witness the amazing firework shows. So, here we bring you a list of New Year firework events around the world to make your New Year's eve memorable. Considering the current scenario, a lot of cities have cancelled their New Year celebrations, however, a few cities have still planned to go ahead and conduct their events as per schedule, let's take a look.

Starting with New York, when the minute clock hits midnight, New York hosts one of the most iconic firework shows and this year following the same tradition the New York City’s Times Square is gearing up for the big event. The party will take place as usual like every year, but there is a slight change this year, only a few guests will be admitted and it is mandatory for them to wear masks and they have to be fully vaccinated.

Dubai has set numerous records and is world-famous for its fireworks, and it covers major areas of the city for its show. Like in the past, the laser show will be arranged at Dubai's Burj Khalifa Tower this year as well. Though there is no restriction on the number of individuals, visitors have to enroll and register themselves before going to the big event.

Rio De Janeiro hosts one of the longest firecrackers show on New Year's eve, which lasts for nearly 20 minutes. More than three million people come together by the Copacabana ocean side every year to party and watch the incredible show.

Australia's Sydney is gearing up to put up a big show ahead of the New Year and unlike last year, this year the organisers have decided to put on a public light show against the background of the popular Sydney Opera House and Harbor Bridge. Only people who are fully vaccinated will be permitted to witness the big show.

The third-greatest city in the United States is going ahead with its New Year's Eve show, and as planned it will be sending off firecrackers from five extensions over the Chicago River and also from two river launch points.

Tourists can watch Bangkok's New Year firecrackers show from voyage boats on the Cho Phyara River. A large number of these vessels guarantee that the New Year starts off importantly with buffets, free beverages, and installed amusement. Attendees must be fully vaccinated and they should also get themselves tested before attending the big event.