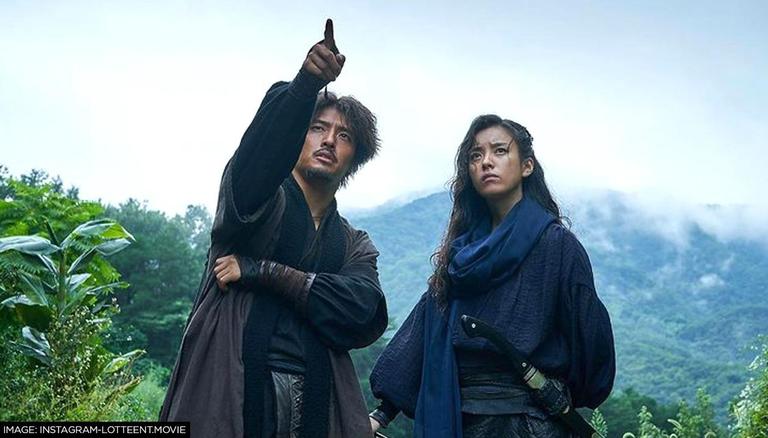 
After the massive success of the 2014 film, The Pirates, Kang Ha Neul, Han Hyo Joo and more stars are all set to create the same magic with its spiritual sequel titled The Pirates: Goblin Flag.

The makers have finally dropped another exciting trailer of the adventure flick giving another closer look into the dangerous world of pirates. When the Camellia Blooms actor Kang Ha Neul will be seen in the role of Woo Moo-chi, who is the leader of the bandit pirates. In the trailer, the audiences get a glimpse of his clumsy yet fierce nature who leads his team to the treasure.

On the other hand, Han Hyo-joo will be seen playing the role of Hae-rang, owner of the pirate ship and also the one who seem to have the ability to get Woo Moo-chi under control. Comedian/actor Lee Kwang-soo will essay the role of Mak-yi and show off his exceptional comic timings in the film, as seen in the trailer. Fans were also quick to notice EXO member - Oh Sehun - in the trailer, who will be playing the role of Han-goong, a skilled pirate in archery.

Many fans took to their respective social media to share their opinions on the trailer of the film. Many commended the actors and their looks in the film while some were left impressed by the visuals of the movie. One fan wrote, ''Pirates 2 look so cool. I would give everything to see it on the big screen'', while another fan wrote, ''Pirates 2 not only will have amazing action scenes but also gorgeous visuals and amazing setting''

Pirates 2 not only will have amazing action scenes but also gorgeous visuals and amazing setting💗 pic.twitter.com/a3pkiMWL1F

please release it internationally too! many international fans have been anticipating to watch this movie in theaters!

WE RECOMMEND
Son Ye Jin to star with Kang Ha Neul in a historical theme drama?
Changmin's wedding postponed from its September date due to COVID-19
Lee Kwang Soo steps down from 'Running Man' after 11 years to focus on his health
Start Up's Bae Suzy, Park So-Dam & other most popular K-Drama celebs of 2020
Park Seo Joon & IU’s film ‘Dream’ to have Kang Ha Neul in cameo appearance
Listen to the latest songs, only on JioSaavn.com