Actor Ronit Roy is all set to venture into the audio entertainment space as he will be portraying the role of a cop in Spotify's upcoming podcast. 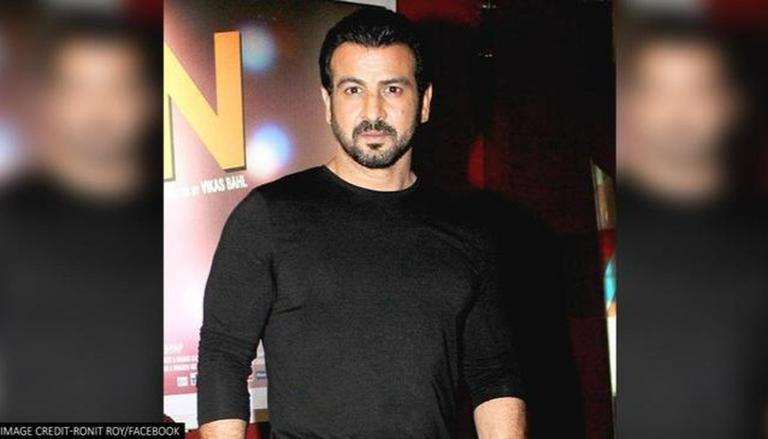 
The non-music audio entertainment space has seen an enormous boom in the last few years in India with podcasts including a variety of genres ranging from comedy to educational. Extending his horizon in the entertainment sector, actor Ronit Roy is gearing up to essay the role of a cop in the Spotify-commissioned Original series titled ACP Gautam. The fictional audio thriller series is a part of Spotify's new slate of releases and will add up to the 50 originals ventures by the audio streamer in India.

Trying his hands out in podcast for the first time, the 55-year-old actor appeared excited to play the role of a determined cop as he takes the listeners on a thrilling and nerve-racking journey. While talking to ANI, the actor opened up about the new experience and wished for his fans to enjoy the series as much as he did while narrating it.

Ronit Roy said, ''Performing a variety of roles in front of the camera comes naturally to me. However, taking a character as interesting as ACP Gautam to a podcast was a whole new experience.  To emote through the mic, to convert expressions into some kind of sound or pause and conveying a variety of emotions just through voice and intonation- it’s all been good fun! I am eager for listeners to become a part of ACP’s Gautam life, just as I have.''

Set in New Delhi of the 90s, the crime drama will take the listeners on a journey of a gritty and determined cop who is intent on solving the toughest cases despite struggling with his own demons and tumultuous past. Each episode will solve mysterious murders, robberies, kidnapping, extortion cases, and terror investigations along with a few more intriguing characters. The official Instagram handle of Spotify shared the look of Ronit Roy from the podcast and wrote, ''The gritty, the determined, the honest ACP Gautam is reporting for duty. Voiced by none other than @ronitboseroy, listen to this detective make a strong case for justice.''

Ronit Roy was last seen in a mystery-thriller Candy, now streaming on Voot. The show premiered on September 8. Directed by Ashish R Shukla, the show also featured Richa Chadha in the lead role opposite Roy.

READ | Ronit Roy talks why he chose to work on upcoming show Candy; "just wanted to tell a story"

WE RECOMMEND
From 'Bhoot Police' to 'Mumbai Diaries 26/11', top gripping new picks for the week
Ronit Roy talks why he chose to work on upcoming show Candy; "just wanted to tell a story"
Ronit Roy talks about Candy's BTS moments: "Had maggi first time while shooting"; WATCH
Ronit Roy condoles Sidharth Shukla's death: "He was so young, had so much promise"; WATCH
Ronit Roy on Sidharth Shukla; Pankaj Tripathi says his daughter is BTS fan | B'wood Recap
Listen to the latest songs, only on JioSaavn.com