Indian singer Shreya Ghoshal recently reacted to the buzz across the internet after she wished her childhood friend Parag Agrawal on becoming Twitter's CEO. 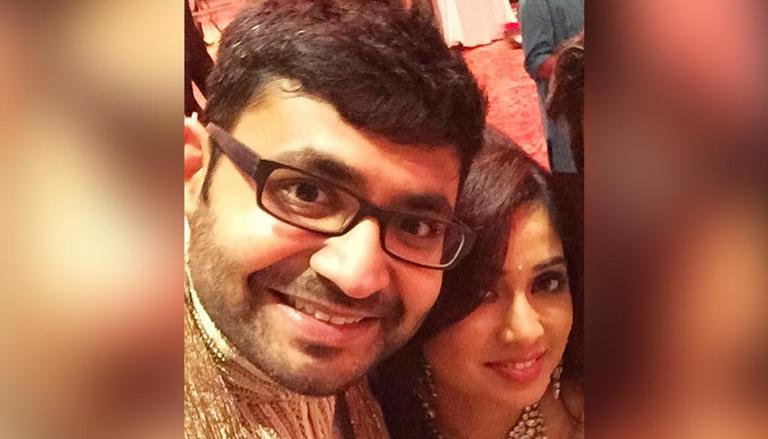 Taking to her Twitter handle, Shreya Ghoshal penned a funny note addressed to her fans. In her tweet, the singer called 2010 her childhood and asked her fans why they are digging out tweets from those days. She also wrote, it was the time Twitter had just launched and friends used to tweet each other.

How are Shreya Ghoshal and Twitter CEO Parag Agrawal related?

Parag Agrawal was promoted to become the chief executive officer of Twitter from the chief technology officer after Jack Dorsey left the position. Parag Agrawal received congratulatory messages from the entire country and even some Bollywood celebs. However, it was Shreya Ghoshal's tweet that caught the most attention. The Chaka Chak singer wrote, "Congrats @paraga. So proud of you!! Big day for us, celebrating this news."

Congrats @paraga So proud of you!! Big day for us, celebrating this news♥️♥️♥️ https://t.co/PxRBGQ29q4 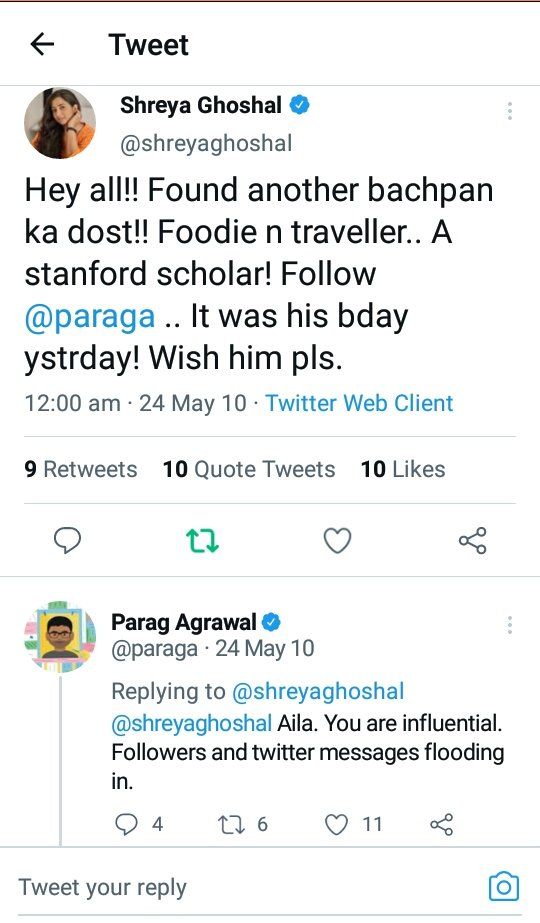 Several photos of the two friends also surfaced on the Internet. One of them was a 2015 post by Parag Agrawal. In the picture, Twitter CEO, Shreya Ghoshal and her husband Shiladitya were seen donning ethnic ensembles.

WE RECOMMEND
How is Shreya Ghoshal related to Twitter CEO Parag Agrawal? Singer says she's proud of him
Shreya Ghoshal introduces her baby boy Devyaan as he turns six months old: See pics
Elon Musk's 'US benefits greatly from Indian talent' tweet gets terrific reply from Jaffer
'Atrangi Re': Sara Ali Khan dazzles in ethnic ensemble as she dances on 'Chaka Chak' song
DYK: 'Shreya Ghoshal Day' is celebrated every year in Ohio, and it's not even on her b'day
Listen to the latest songs, only on JioSaavn.com