South Korean actor Park Yoochun & his agency Re:Cielo are in a conflicting post a report stating that he signed with another agency that is based in Japan. 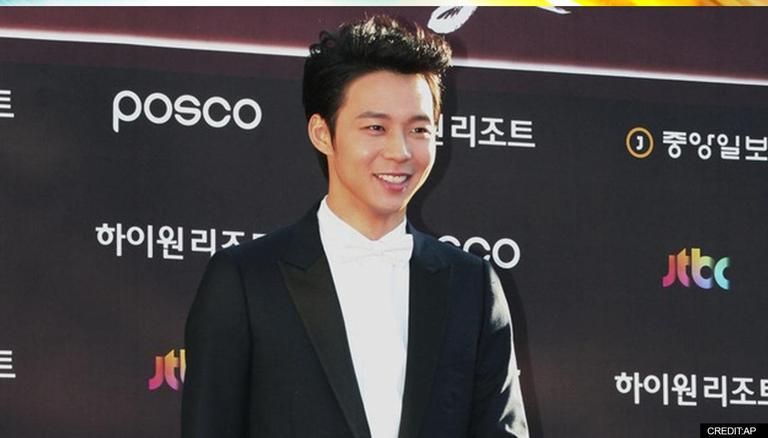 
South Korean actor Park Yoochun and his agency Re:Cielo are in a conflict post a report stating that the actor signed with another agency that is based in Japan. The report stated that his contract with Re:Cielo still remains valid. In the month of August this year, a Japanese media outlet reported that Yoochun has signed a contract with a new agency in the South Asian country.

On August 14, 2021, a Japanese media outlet reported that Park Yoochun has signed up with a new agency in Japan. The report suggests the reason for the same is that Re:Cielo had barely paid him during the two years he worked with them. In response, Re:Cielo has released an official statement on August 18 to deny Yoochun's claims and further explained their side of the story. Read the statement translation below:

Re:Cielo signed an exclusive contract with Park Yoochun on January 1, 2020.

Re:Cielo is an agency created by the manager who worked with Park Yoochun from they time he began promoting with JYJ after TVXQ’s disbandment [sic]. He created the management company to help Park Yoochun return to the industry and has been working as the agency’s CEO. At the time of Re:Cielo’s establishment, there were difficulties registering shareholders due to the company’s liabilities, so on the surface, he registered his mother as the largest shareholder. For that reason, Re:Cielo’s largest shareholder is currently Park Yoochun’s mother, but she has never been involved in the actual management of the company. Because Re:Cielo was not making any profit at the time the exclusive contract with Park Yoochun was signed, the company’s CEO even got personal loans and did his best to run the company. By the end of 2020, the company was exceeding annual sales of 1 billion won (approximately $855,430).

Park Yoochun’s claims about Re:Cielo that were reported in Japan are absolutely false and causing serious damage to the reputation of Re:Cielo and Re:Cielo’s CEO. Until now, Re:Cielo has not taken issue with Park Yoochun using the company card to cover his personal entertainment costs and living expenses, and we have stood by his side by helping him solve his personal debt issues that amounted to over 2 billion won (approximately $1,710,860). Even so, Park Yoochun gave the company card to his girlfriend at the time whom he was living with for her to buy luxury bags, and in another occasion, he used tens of millions of won (tens of thousands of dollars) from company funds for gaming. Also, Park Yoochun went to an adult entertainment establishment and owed them 100 million won (approximately $85,510) because he did not pay, and as the related parties tormented him for a long time, the company paid the money for him.

Because Re:Cielo provided active and unsparing support and funds for Park Yoochun’s return, he was able to resume activities such as releasing albums, holding overseas concerts, starring in movies, and more. And Re:Cielo has solved Park Yoochun’s many issues with him and paid him normally for the profit gained through his activities.

In addition to suffering damage due to Park Yoochun’s violation of the exclusive contract, Re:Cielo is experiencing serious disappointment from a personal sense of betrayal, and now that we have received further damage in the form of defamation, we cannot help but release an official statement. That is why we are sending out this press release.

Recently, in an interview with Hankyung.com, advocate Lee Eun Ui explained the matter that the agency is preparing a civil damages lawsuit against Yoochun for the harm received by Re:Cielo and the agency's CEO as a result of his breach of contract, and compensation for damages for defaming the agency's CEO. Lawyer Eun Ui previously represented 'A,' one of the women who accused Yoochun of sexual assault.

The South Korean actor was cleared of suspicion and in return had filed a criminal complaint against 'A' for alleged defamation and false accusations. After 'A' was ruled not guilty, the person demanded compensation and the actor had to pay the damages in 2021 after failing to pay for over two years.

Speaking with the Korean outlet, Re:Cielo's CEO said that the Japanese agency is 'taking advantage of Park Yoochun's weakness' and has given him a down payment while signing the contract. He added that he understands Yoochun 'might have been scared' but since he has been with Re:Cielo for so long, he thinks he should have 'tried to solve the problem together.'

WE RECOMMEND
'Crash Landing On You' and other similar romantic K-Dramas that you might like to binge on
If you love Kim So-Hyun's 'Love Alarm', here are 10 K-dramas featuring her to binge