Sunil Pal was booked after reportedly 'defaming' doctors in a controversial video that had already raised an objection from a group of doctors before. 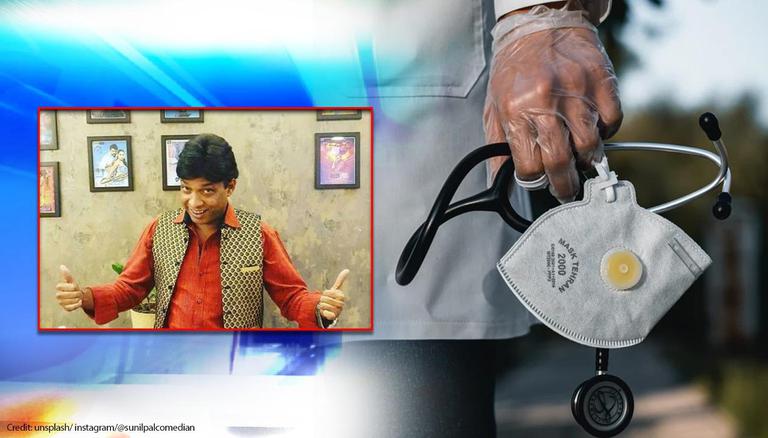 
Sunil Pal faced further trouble after his controversial video about doctors amid the COVID-19 pandemic. The Mumbai Police lodged a First Information Report against the comedian for allegedly defaming doctors with his criticism and using terms like ‘evil’. He was booked under various sections of the Indian Penal Code and the investigation was still on.

Pal had made a video where he had highlighted the alleged malpractices of doctors amid the coronavirus, accusing them of defrauding the patients and more.

Now, an FIR was lodged against him by the Andheri Police on Tuesday. This was after Dr Sushmita Bhatnagar, head of the Association of Medical Consultants had registered a police complaint against him.

The doctor had written in her complaint about coming across the ‘defamatory’ video last month  She claimed that the comments were made during a show on an entertainment channel. Dr Bhatnagar also accused Pal of making derogatory comments against frontline health workers.

Pal, in the video, could be heard saying, "Doctors are a form of God, but 90 percent of the doctors have taken an evil form, and are fraud. Poor people are being scared in the name of COVID all day, they are humiliated and harassed by saying there are no beds, no plasma, no medicine, no this, no that."

The Great Indian Laughter Challenge Season 1 winner was booked under 505-II (statement conducting mischief) and 500 (punishment for defamation) of the IPC.

Even last month, the AIIMS Resident Doctors' had lodged a complaint and sought that he be arrested as they also tagged Home Minister Amit Shah.