WATCH | Optical Illusion At Its Best! 22-year-old's Mirror Selfie Video Made Out Of 'boredom' Goes Viral

Netizens are shocked and dizzy after a 22-year-old boy Shawn Reischauer along with his brother shot a 'mirror' video at a store in Illinois.

What's special about this video, you may ask? Well, Shawn's mirror video, that was made out of 'boredom' is a confusing optical illusion that is making everyone confused. In the video, Shawn can be seen looking at himself in a mirror, and then as the camera zooms out, there is another reflection and it continues for 3-4 times, till it is revealed that Shawn was standing somewhere in the store and not near the mirror.

Don't believe us? Watch the video -

A lot of them called this video simply genius while majority of them were confused on what was happening and started commenting their own theories. One user wrote: "the side that contains 4+ bodies in it is taken on a large mirror wall. the edge of this mirror wall can be seen when camera pans to the right. the second mirror is the small one that he was touching in the video and it sits across from the mirror wall. it is out of frame when the camera pans to the right."

"So what you're saying is human clone?" questioned one user. "I'm so confused," or "What is this sorcery?" others wrote. 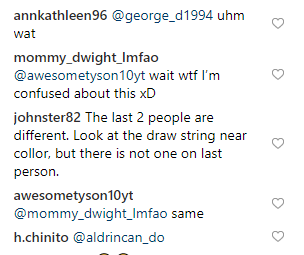 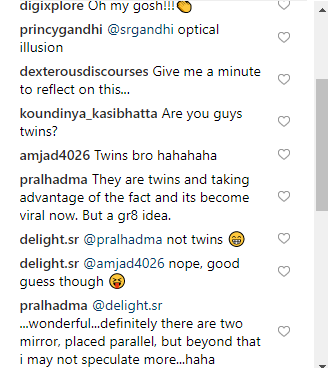 In one of the interviews Shawn clarified that his brother Christian, 24-year-old, filmed the video and they are not twins. He also said that as silly as it may sound, boredom inspired them to make this video.

My 20 seconds of fame from the legendary #pewdiepie will not be forgotten. @cdreischauer

He further clarified that they were home for the holidays and were shopping with their mother and to keep themselves entertained while she was busy shopping, they made that video. ‘Sometimes the best ideas come out of the most mundane or simple circumstances,' Shawn said. He also confessed that they were also confused in the end looking at the illusion. They said 'the twin theory' was the most entertaining comments they read online.

Shawn explained that there was no real planning before they shot this. The brothers just saw two mirrors facing each other and decided to make the video ‘The reflections make it appear that I am either in front of him, or next to him, which is why the last ‘me’ seems confusing. From our perspective, it didn’t seem that complicated, but after viewing the video, we realised that we had pulled off something that was quite interesting. Truthfully I am not quite sure why it attracted so much attention. My guess is that, since its a clever illusion, people need to watch it multiple times,' Shawn said in an interview to a UK website.