It's World Mental Health Day today. Many Bollywood and other celebrities have spoken out about their depression, anxiety and other mental health issues. 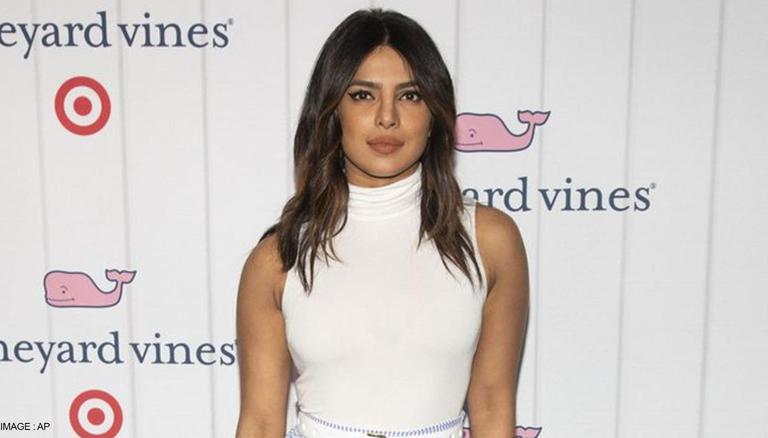 Deepika Padukone, who has struggled with depression and now runs a mental health charity, has been posting must-read notes on social media in an effort to normalise the dialogue about mental health. In an interaction with PTI  in 2018, the actress said she feared a relapse: "I don't think I can say that I'm completely over it (depression). There is always a fear at the back of my mind that I might have a relapse because it has been such a bad experience for me". Deepika founded the Live Love Laugh Foundation in 2015 to aid persons suffering from mental illness. Deepika Padukone received the Crystal Award for her work as a mental health advocate at the World Economic Forum's Crystal Award presentation in January 2020.

"[Depression is] more of an issue than people really want to talk about. Because people don't know how to talk about being depressed—that it's totally okay to feel sad. I went through a time where I was really depressed. Like, I locked myself in my room and my dad had to break my door down. It was a lot to do with, like, I had really bad skin, and I felt really bullied because of that. But I never was depressed because of the way someone else made me feel, I just was depressed," she told ELLE. "And every person can benefit from talking to somebody. I'm the most anti-medication person, but some people need medicine, and there was a time where I needed some too. So many people look at [my depression] as me being ungrateful, but that is not it—I can't help it. There's not much that I'm closed off about, and the universe gave me all that so I could help people feel like they don't have to be something they're not or feel like they have to fake happy. There's nothing worse than being fake happy." [sic]

Miley Cyrus stated in a June 2020 interview with Variety that she had been sober for six months. After a major voice surgery in November, the singer revealed that she originally abstained from substances, but that she continued to do so after learning about substance use disorder and other mental illnesses in her family. She revealed in 2017 that she had quit consuming marijuana. She also mentioned the clarity she gets when she's sober at the time.

READ | Zendaya opens up on making mental health her priority, recommends therapy sessions to all

Priyanka Chopra, who spent 6 months in LA under Covid-19 induced seclusion, revealed up about her mental health and what kept her sane throughout that time. Priyanka Chopra Jonas spent 6 months in Los Angeles, California, during the Covid-19 lockdown with her husband, singer Nick Jonas. During this time, the 38-year-old actor also released her memoir Unfinished, which became a New York Times best-seller in less than a week. She opened up about her mental health and disclosed what kept her calm during the lockdown time in an interview in April 2021.

“There were phases in my life, especially after my father passed away, when I didn’t know how to deal with it. I talked to myself about how I am feeling and how I will overcome it. I told myself to allow myself to feel it. It is okay to feel that way instead of feeling guilty about it,” she said earlier on Ranveer Allahbadia’s podcast, The Ranveer Show. She added. “I relied a lot on my friends at that point. Instead of dealing with it alone, I would seek out people who actually cared about me. I get so many opinions about myself from people on social media and I could very easily succumb to it. Social media could be good and can be evil. The idea of social media was to get people together. It was never to make people feel like they are targets. Instead of focussing on the negativity and taking the pressure on you, if you are feeling dark, it is important to not keep it to yourself. You have to find support. Find someone you can talk to. It doesn’t have to be a therapist only but your mother, a friend or someone else. But don’t do it alone".

“I found it really frustrating that, even now that I was being upfront about what the issue was, some people still found reasons to doubt it. But that’s the industry. It’s an aspect of this job that I have to deal with, and I’m trying to accept it," Zayn wrote in an excerpt of his book that was published by Time. "The thing is, I love performing. I love the buzz. I don’t want to do any other job. That’s why my anxiety is so upsetting and difficult to explain. It’s this thing that swells up and blocks out your rational thought processes. Even when you know you want to do something, know that it will be good for you, that you’ll enjoy it when you’re doing it, the anxiety is telling you a different story. It’s a constant battle within yourself."

Hrithik Roshan has never shied away from talking about mental health issues. Hrithik was no stranger to mental sadness, having gone through many ups and downs throughout his life. He urges others to not disregard such things and to not be afraid to get treatment, since he is not the kind to find anything weird about it. The Krrish actor went to therapy for it and is now said to be a much happier and content person. In order to raise awareness, the actor makes it a point to share his knowledge so that the stigma connected with mental illness might be removed from society. Apart from making the teachings public, the actor is also a part of the #EverydayHeroes mental health awareness initiative, which educates people about mental health issues.

Anushka Sharma, who has been open about her mental health concerns on social media, is currently taking anxiety medication. She makes it a point to educate more people about mental illness and remove the stigma that prevents them from speaking up in public. Her main goal is to normalise mental health issues and allow people to discuss them openly in public. She believes that the issue needs to be addressed immediately so that people are aware of the significance of mental diseases and are able to overcome their fears.

Jolie struggled with depression and attempted suicide twice, once at the age of 19 and again at the age of 22, when she attempted to hire a hitman to kill her. She had a nervous breakdown when she was 24 and was taken to UCLA Medical Center's psychiatric unit for 72 hours. In 2019, she spoke to Vogue and said, “I’m like everybody and... especially these last few years haven’t been the easiest, and I haven’t felt very strong,” Jolie revealed during Disney's press junket. She was referring to her high-profile divorce from Brad Pitt in 2016, which came after two years of marriage and 12 years together.

“There’s something when you’re not feeling very strong, where you push yourself.”