Yoo Ah In is known for his sense of humour and it was evidently reflected in the supportive gifts sent to Lee Byung-Hun for his upcoming venture. 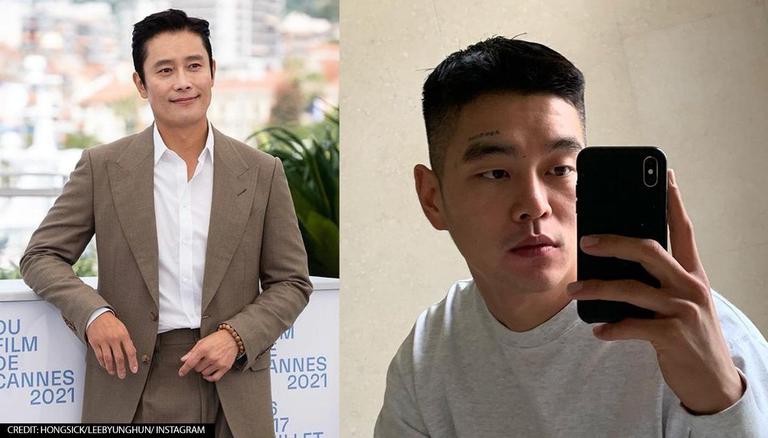 
Chicago Typewriter Yoo Ah In has a unique way to show support to his fellow actor friends. This time Mr Sunshine actor Lee Byung-hun found himself to be the subject of Ah In's hilarious well-intentioned prank. Gearing up for the release of his forthcoming actioner titled Concrete Utopia, check out the gift Lee Byung received from the young actors while filming for the movie.

The 51-year-old actor is all set to appear in Um Tae-hwa's disaster-thriller film titled Concrete Utopia. The actor has been showered with blessings and gifts from his friends for the filming and release of the movie with many sending in the traditional food or coffee trucks to the sets for the crew. However, Yoo Ah In added his own touch to the wishes as he sent a coffee truck with a mysterious QR code.

Lee Byung took to his Instagram to document Ah In's shenanigans where fans saw a truck with the sign that read, "The path that you have forged as an actor, I will follow it too. Hurrah for Lee Byung Hun!'. The purple and blue truck was decorated with Lee Byung's posters and soft toys in the front seat. The coffee truck also brought along a QR code banner titled 'Lee Byung Hun’s original fan meeting finally heard."

Upon scanning the code, the users were directed to a video of Lee Byung dancing and smiling at a Japanese fan meeting for 30 seconds. The senior actor posed with the truck to upload on his Instagram with the caption, "QR code…;; Ah In, I’ll drink it well…"

Along with the senior actor, the thriller will also feature Park Bo‑young, Park Seo‑joon and Park Ji‑hoo. The movie will depict the devastating aftermath of an earthquake. It is loosely based on the second part of the webtoon Pleasant Bullying written by Kim Sung-nik.

On the other hand, Yoo Ah In is known for his work in Korean dramas like Jang Ok-jung, Living by Love, Descendants of the Sun, Six Flying Dragons, Chicago Typewriter and Hellbound. He has also appeared in movies like Voice of Silence, #Alive, and The Satellite Girl and Milk Cow.