Vijay Sethupathi is one of the finest Tamil artists who has been a part of several movies where his characters had an amazing emotional depth that won hearts. 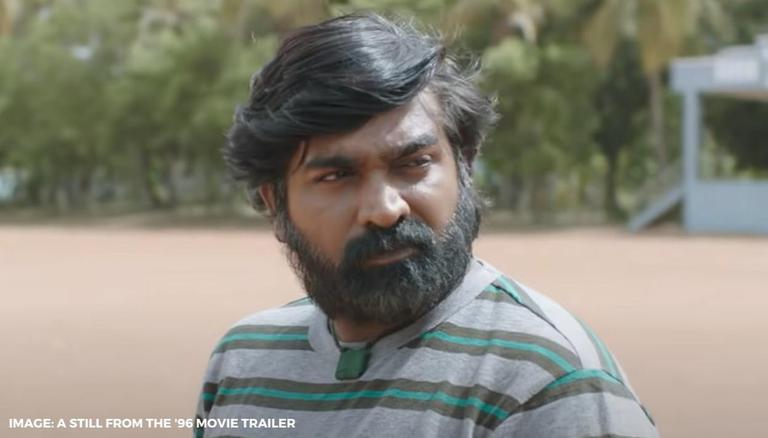 IMAGE: A STILL FROM THE '96 MOVIE TRAILER


Vijay Sethupathi, one of the prominent actors in the Tamil movie industry, has also been a vital part of numerous Telugu, Malayalam and Hindi films in his career. The actor has managed to showcase his versatility by essaying some of the strongest characters having emotional depth. Some of Vijay Sethupathi’s movies where he played characters having a strong emotional depth include Ka Pae Ranasingam, Purampokku Engira Podhuvudamai, ‘96, Kutty Story and others.

Released in 2015, the Tamil political thriller showcased Vijay Sethupathi in the lead along with other popular actors namely Arya, Shaam and Karthika. The movie revolved around the subject of capital punishment in a democratic society. The movie was a hit among fans and even received praises from the critics. While the songs of the film were composed by Varshan, the background score was handled by Srikanth Dave.

READ | Vijay Sethupathi: All films in which the actor was credited as a playback singer

The movie is among the latest Vijay Sethupathi’s movies released in 2020 that was also the directorial debut of P Virumaandi. The movie also featured Aishwarya Rajesh opposite actor Vijay in the lead. The movie also starred some of the other talented artists namely Munishkanth, Rangaraj Pandey, Bhavani Sre, Poo Ram, Vela Ramamoorthy, Mohan Ram and many more.

Directed by Ranjit Jeyakodi, this romantic thriller movie was bankrolled under Rebel Studio Productions featuring Vijay Sethupathi, Mahima Nambiar and Gayathrie in the lead. The movie follows the life of a man who falls for his music teacher and later begins receiving videos of her from an anonymous person. The movie received mixed reviews from the audience as well as critics. Some of the other cast members included Ramesh Thilak, Arjunan, Ranjith, Vanitha Hariharan, and others.

READ | Vijay Sethupathi, Karthik Subbaraj and others celebrate 5 years of 'Iraivi' on Twitter

Vijay Sethupathi and Trisha essayed the lead role in this film that revolved around the lives of two high school lovers who meet after a decade and cherish memories of their past. Released in 2018, the movie was written and directed by C Premkumar. Other cast members of the movie consisted of actors namely Devadarshini, Janagaraj, Rajkumar, Varsha Bollamma, and others.

IMAGE: A STILL FROM '96 TRAILER