Abhidnya Bhave recently took to Instagram to share pictures of herself in yet another recreation. She created Princess Diana's look and slew in it.

Abhidnya Bhave recently took to Instagram to share pictures of herself in yet another recreation. She created Princess Diana's look and slew in it. In a caption, she penned a short and sweet tribute for Princess Diana. Take a look below.

Abhidnya Bhave shared a set of pictures on Instagram. She wore a baby pink off-shoulder dress and paired her look with minimal makeup. She wore a white pearl necklace and matching earrings. Her hair was short, just like Princess Diana’s. She opted for pencil heels. Another picture shared by her was a monochrome, which will take one back to the ’70s and ’80s. In her caption, she wrote, “She is a queen, The only difference is her soul is her royalty. The Fierce, beautiful and my favourite, Her highness PRINCESS DIANA.” She also tagged her photographer, make-up artist, stylist and more in the post. Take a look at some of the comments left by her fans and followers on the post. 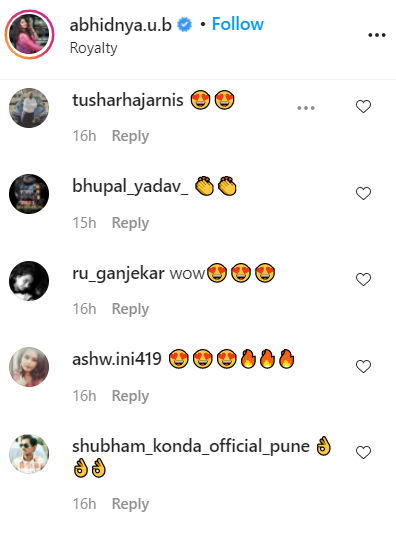 Earlier, Abhidnya shared another post in which she recreated Madhubala’s look. She recreated this look on the occasion of Women’s Day. She wore a cream saree that had golden work on it and tied her hair into a bun. She wore a set of earrings and a necklace. She also added bangles and a ring to her look and added a maroon Bindi on her forehead. She captioned her post by writing, “I am mine before I belong to anyone else. May the world celebrate the power and strength of womanhood not only today but every day ( à¤¸à¥à¤¤à¥à¤°à¥€à¤¶à¤•à¥à¤¤à¥€à¤šà¥€ à¤œà¤¾à¤£à¤¿à¤µ à¤¤à¥à¤®à¥à¤¹à¤¾à¤²à¤¾ à¤†à¤œ à¤†à¤£à¤¿ à¤†à¤¯à¥à¤·à¥à¤­à¤° à¤¹à¥‹à¤µà¥‹) Recreation of one of my favourite icons MADHUBALA Ji."

Abhidnya Bhave predominantly works in Marathi television shows and films. She has worked in the shows such as Khulta Kali Khulena on Zee Marathi, Lagori on Star Pravah, Rang Maza Vegla and more. She has also been a part of the web series Moving Out. She has appeared in the 2012 film Langar and was last seen in Zee Marathi's TV Show, Tula Pahate Re along with Subodh Bhave and Gayatri Datar.

READ | Abhidnya Bhave gets hitched to Mehul Pai; a round up of duo's three-day intimate wedding