Kartikeya Gummakonda took to his Instagram account on Monday to announce his engagement to his longtime girlfriend Lohitha Reddy. The two first met in 2010. 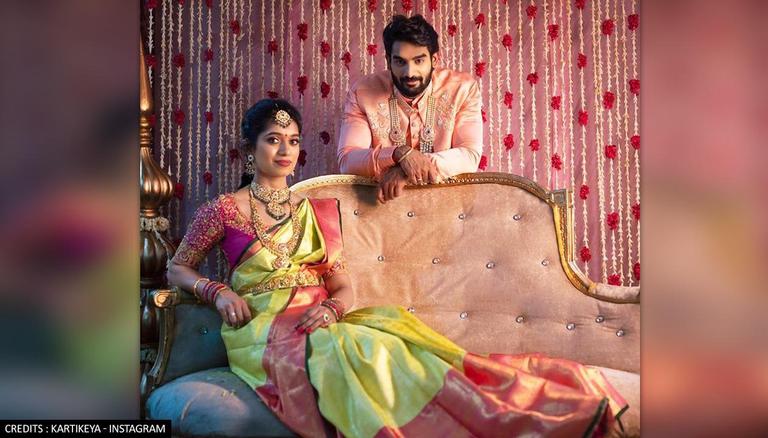 
Best-known for his role in Prematho Mee Karthik Telugu actor Kartikeya Gummakonda got engaged to his longtime girlfriend Lohitha Reddy on Monday, August 23. The actor made the announcement by sharing some beautiful pictures with his fiancée on Instagram, including a throwback picture of the two. Greetings poured in for the couple in the comment section of the picture.

The actor shared a college picture with Lohitha Reddy and referred to her as his ‘best friend’ in the caption of the post. The couple met in 2010 at NIT Warangal and have been together ever since. Kartikeya Gummakonda penned down a sweet caption to announce his engagement as he wrote, ‘Feeling elated to announce my engagement with my best friend who now is my partner for life. From 2010 when I first met Lohitha in NIT Warangal to now and many more such decades.’

For the ceremony, Kartikeya wore a peach kurta with delicate embroidery. Lohitha Reddy donned a saree with green and pink designs. She accompanied her outfit with gorgeous gold jewelry. The background seems to be decorated elegantly with red and white flowers.

The comment section of the post was flooded with love and good wishes for the couple. Shivathmika Rajashekar and Lavanya Tripathi from the film industry also commented on the picture and congratulated the couple. Apart from them, VJ Bani left a comment for the couple and wished them a ‘happily married life.’ Fans and followers also left comments for Kartikeya and Lohitha. One instagram user mentioned that they felt ‘extremely happy’ watching the actor marrying someone he loves. 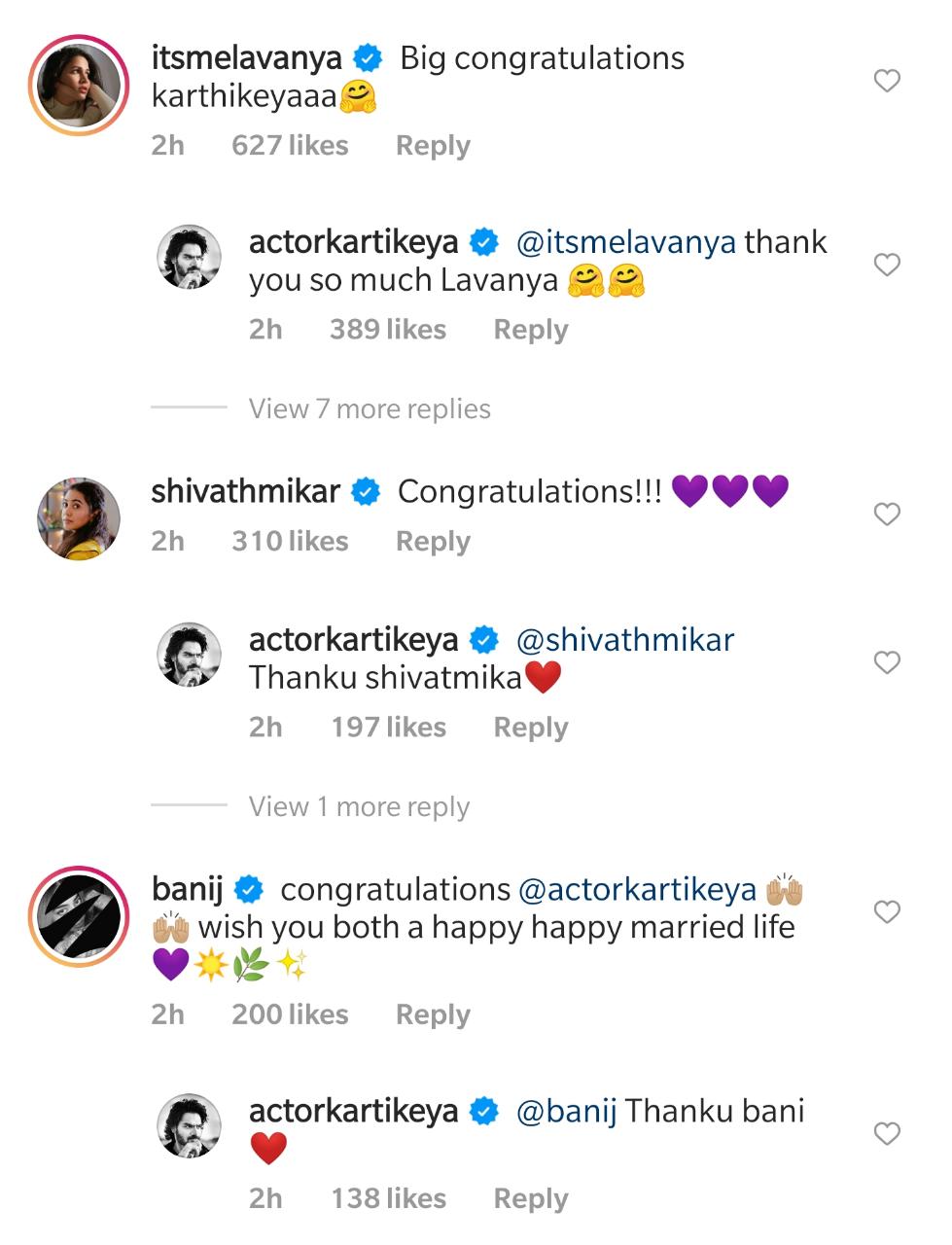 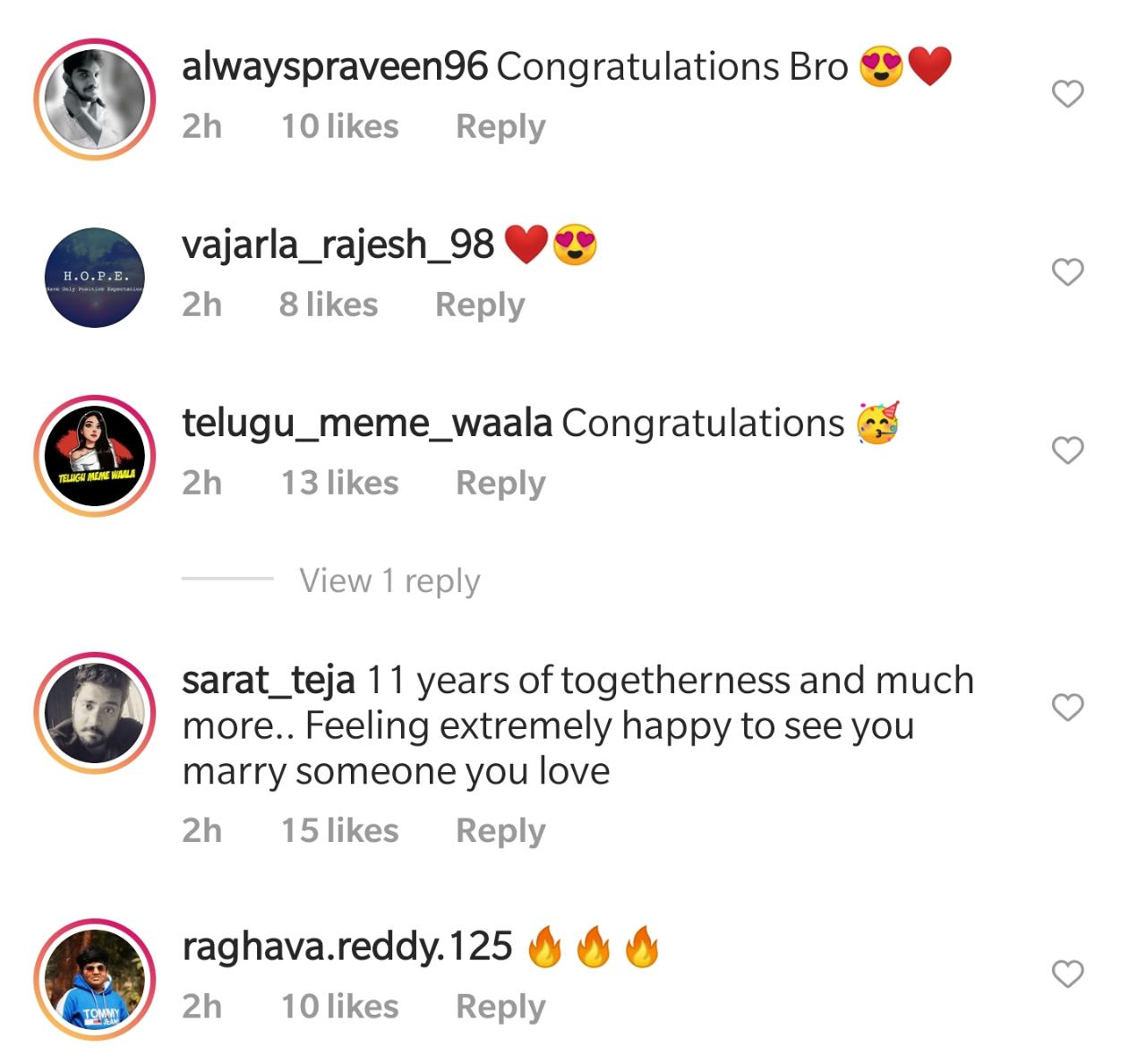 Others left heart and fire emoticons on the post. The couple got engaged in an intimate ceremony with close friends and family on Monday. The date of the duo’s wedding has not been announced yet.

Kartikeya Gummakonda is famous for his roles in films including the 2018 film RX 100. He stepped into the world of acting with his debut film, Prematho Mee Karthik in 2017. Since then, he has taken up roles in Hippi, Nani's Gang Leader, Guna 369 and many more. He will soon be seen in upcoming films like Valmail and Raja Vikramarka.