Pawan Kalyan resumed the shoot for his upcoming Telugu film on Monday, July 26, 2021, in Hyderabad. The creators of the film also released his first look 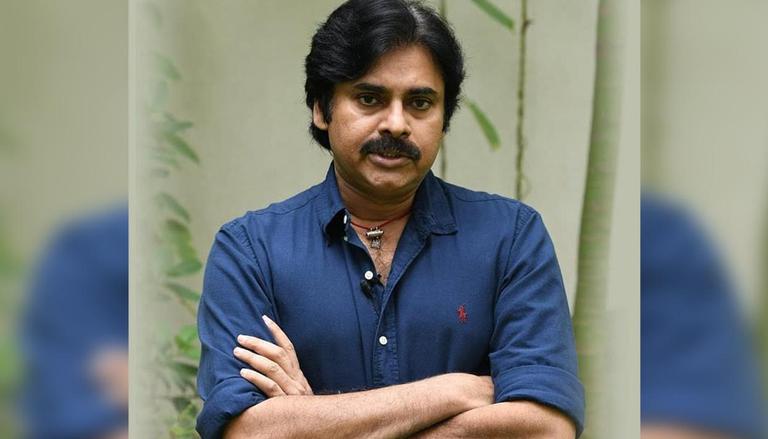 
Power star Pawan Kalyan is all set to star in another Telugu film tentatively titled #PSPKRana. The actor, who was last seen in the courtroom drama, Vakeel Saab, will now play the lead role in the Telugu remake of the 2020 Malayalam film, Ayyappanum Koshiyum. The film also casts Rana Daggubati as Kalyan's co-lead. Pawan Kalyan recently resumed the shoot of the film in Hyderabad.

Pawan Kalyan resumed the shoot for his upcoming Telugu film on Monday, July 26, in Hyderabad. Before the second wave of the COVID-19 pandemic, the team of #PSPKRana wrapped up two schedules of their shoot. As the government imposed lockdown was lifted, the makers started preparing for the shoot again. The production company, Sithara Entertainments could not keep their excitement as they shared a look of Pavan Kalyan from the film via Twitter. The star was seen dressed as a police officer in the photo. The name of his character in the film is Bheemla Nayak. The tweet read, "#BheemlaNayak is back on duty @SitharaEnts #ProductionNo12 shoot resumes today with all the safety precautions! Power Star @PawanKalyan". The production company also tagged Rana Daggubati in the tweet. Reportedly, Rana Daggubati will soon join Kalyan in Hyderabad.

#BheemlaNayak is back on duty 🔥🤩@SitharaEnts #ProductionNo12 shoot resumes today with all the safety precautions!

The production company also made another announcement via their official Twitter handle. In a tweet, the company shared a photo of Pawan Kalyan's character's police badge. It read, "Power Storm back to shoot Special making video with a surprise from the sets of #ProductionNo12 coming out today at 4:05 PM! Stay glued".

Power Storm back to shoot 🔥

Special making video with a surprise from the sets of #ProductionNo12 coming out today at 4:05PM!

Details about the Telugu remake of Ayyappanum Koshiyum

The Malayalam film Ayyappanum Koshiyum revolved around the story of a police officer Ayyapan and a retired army havaldar Koshy, whose egos clash when they reside in the same village. In the Malayalam film, Biju Menon played the role of Ayyapan Nair while Prithviraj Sukumaran essayed Koshy. In the Telugu remake, Pawan Kalyan will reprise the role of Ayyapan Nair as Bheemla Nayak while Rana Daggubati will essay the role of Koshy. The upcoming Telugu film is being helmed by Sagar Chandra. The film will reportedly be released by January 2022.