Aditi Rao Hydari in Sammohanam played the role of Sameera. The role is hailed as one of the strongest debuts in Telugu cinema by critics as well as her fans. 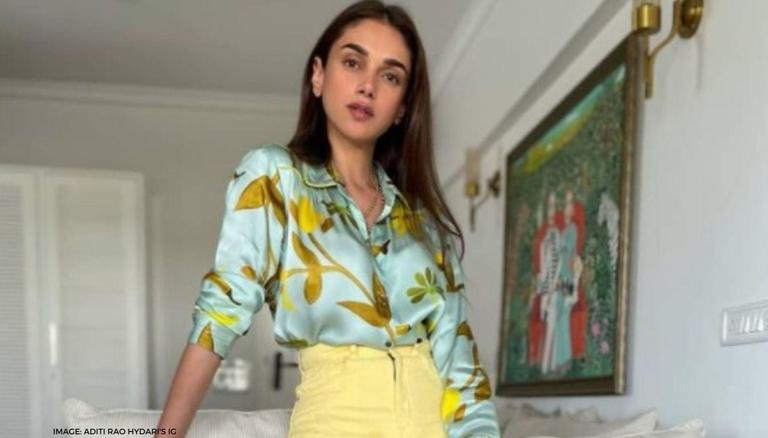 
Aditi Rao Hydari who has worked in films pan India made her Telugu debut three years ago with director Mohan Krishna Indraganti's Sammohanam. Aditi, on Tuesday, took to Instagram to reminisce her role from the film on its third year anniversary.

Hailed as one of the strongest debuts in the Telugu industry, Aditi Rao Hydari in Sammohanam played the role of Sameera. The fan favourite character reflected on the many struggles of a working woman, which the actor played with ease. From personal conflicts to work-related issues, Aditi as Sameera was heartwarming in the film.

Sharing a series of pictures from the film and its BTS, Aditi wrote, “3 years ago I trusted my gut and signed my first Telugu film and I’m so happy I did! A warm fuzzy experience full of laughter and a warm fuzzy film I’ll always be proud of.” She also remembered to thank Sudheer Babu, who lead the Sammohanam cast, for being her “partner in crime” on the films set. The actor concluded her post by thanking her fans for supporting her all the way. Aditi Rao Hydari's photos from the film were applauded by her fans who voiced their feelings in the comments with heart emojis.

Aditi is someone who enjoys the company of people she works with. Earlier this month, she proved the same as she shared a monochromatic picture with filmmaker Mani Ratnam to wish him on his birthday. In the picture, the actor was seen hugging the veteran director from behind. Sharing the snap, she wrote, “Happy happiest birthday my favouritestestestest #ManiSir. To many many endless years of making movies, your infectious energy, good health, happiness and golf! ... You’re the best forever.” The actor’s post was proof that she is one who enjoys reminiscing good memories.

READ | If you're a pet lover, you will relate to Aditi Rao Hydari's adorable reels with her pets

Aditi Rao Hydari was last seen in the Arjun Kapoor film, Sardar Ka Grandson. The actor will be next seen opposite Dulquer Salmaan in the upcoming Tamil romantic comedy, Hey Sinamika. The actor is also working on an action-drama film Maha Samudram featuring actors Sharwanand, Siddharth, and Anu Emmanuel.