Aishwarya Rajesh Digs Out An Unseen Photo From Her First Birthday Celebration; See

Aishwarya Rajesh took to her Instagram to share an unseen picture from her first birthday celebration. Scroll to see the photo and know more. 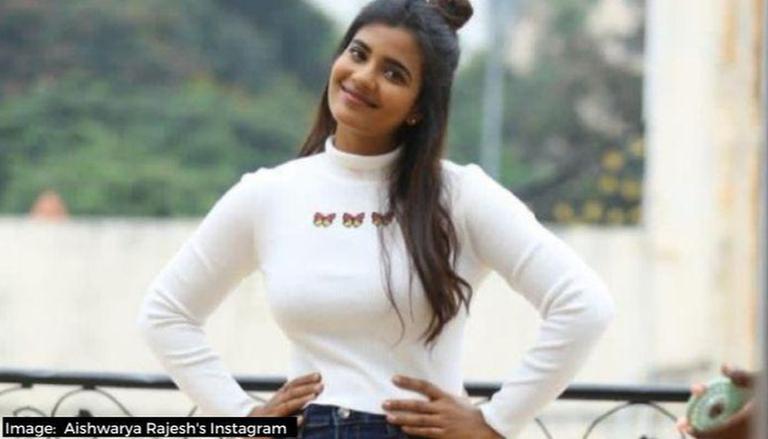 
South Indian actor Aishwarya Rajesh is an avid social media user and often shares pictures on her Instagram handle to give her fans a sneak peek into her life. Recently, the Kaaka Muttai actor dug out an unseen picture from her childhood and shared it on her Instagram story. The picture is very special to Aishwarya as it was clicked on the occasion of her first birthday.

In the picture, little Aishwarya is sitting in her mother’s lap and curiously looking at the cake laid out on the table. She is wearing a pink and white frilled frock while her mother has worn a red saree. She is surrounded by her friends and family members one of whom is smiling widely while looking at the camera. Sharing the photo, Aishwarya wrote as the caption, “My first bday’ followed by a red heart emoji. See Aishwarya Rajesh's Instagram story below. The 31-year-old actor also shares several Instagram reels to let her fans know of the developments that take place on her professional front. She recently shared an Instagram reel made by a fan page, which is a compilation of clips from her 2016 movie Dharma Durai. The video featured some of the highlight moments from the movie. Sharing the video, she wrote in the caption, “Found this video to be very sweet ❤️❤️ Thanks to who ever made it.” The song Nenjukkule Innarendru sung by SP Balasubrahmanyam and S Janaki from the movie can be heard playing in the background. As soon as she shared the post, her fans and followers rushed in to shower love on it. One of them wrote, ‘One of the best songs in Dharmadurai❤️🙌’ while another wrote that it was a ‘heart-touching film’. See the post below:

Aishwarya has starred in some popular movies like Kousalya Krishnamurthy, World Famous Lover, Jomonte Suvisheshangal and Ka Pae Ranasingam. She will next be seen in the Telugu movie Tuck Jagadish, which is one of the most-anticipated releases of the year. Apart from Rajesh, the cast of the movie includes Nani, Ritu Varma and Jagapathi Babu playing prominent characters. The movie is helmed by Shiva Nirvana, who has previously directed Majili and Ninnu Kori. The release of the film has been delayed because of the pandemic and fresh dates have not been announced yet.

READ | Ahead of Aishwarya Rajesh's birthday, check out how she slayed in ethnic wear