Actor Akshay Kumar who received tremendous appreciation for his latest outing Ram Setu is all set to make his Marathi debut as Shivaji Maharaj in his next film. 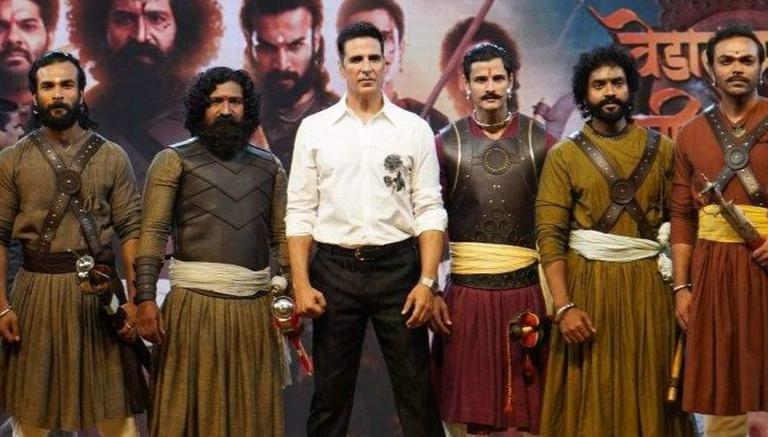 
Actor Akshay Kumar who received mixed response for his latest outing Ram Setu is all set to make his Marathi debut. The actor will collaborate with director Mahesh Manjrekar for his next Vedat Marathe Veer Daudale Saat. The forthcoming movie will feature Akshay portraying the role of Chhatrapati Shivaji Maharaj.

The announcement about the actor being a part of the film was made during the mahurat shot event held in Mumbai on Wednesday. Apart from Akshay Kumar and Mahesh Manjrekar, the event was attended by Maharashtra Chief Minister Eknath Shinde and MNS chief Raj Thackeray. Several videos from the event have been making rounds on the Internet.

The upcoming movie is based on the story of seven valiant warriors who had the sole aim of bringing Chhatrapati Shivaji Maharaj's dream of Swarajya to reality, writing one of the most glorious pages of history.

While addressing the media at the event and expressing his excitement about being a part of the film, an elated Akshay said, "It's a dream come true role for me. I think portraying Chhatrapati Shivaji Maharaj on the big screen is a very huge responsibility. I was taken aback when Raj sir asked me to portray this role. I feel so good to be playing this part and it's going to be a dream come true role for me. Also, I will be working for the first time with Director Mahesh Manjrekar, and it is going to be an experience."

Speaking about the film and team, Maharashtra CM Eknath Shinde said, “This movie will be a super hit, my good wishes are with them. Balasahab Thackeray used to stand with Marathi cinemas, Raj Thackeray is also supporting the cinema.”