Alia Bhatt To Join The Cast Of 'RRR' Soon To Shoot An Important Segment: Reports

The S.S Rajamouli directed 'RRR' is a period action drama movie and is a fictitious story about two legendary Indian revolutionaries 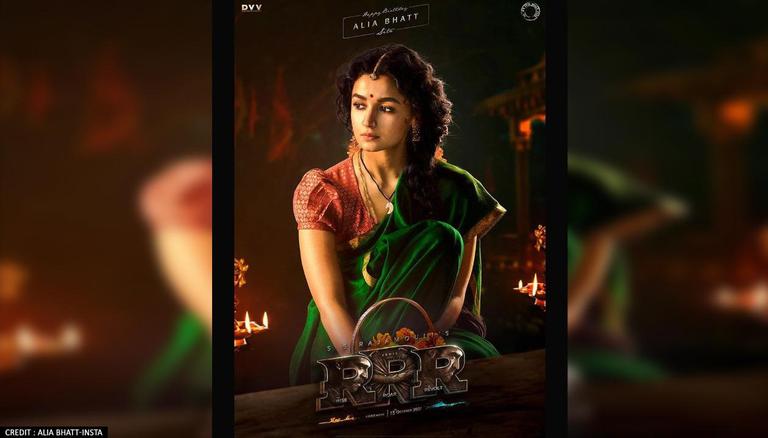 As per reports by Hans India, the cast of RRR is gearing to shoot for a grand song at Ramoji Film City in Hyderabad. Alia Bhatt will reportedly fly down to the location next month to commence the shoot for the song. The shooting is scheduled to last for a month.

The movie is a fictional story about two Indian revolutionaries, Alluri Sitarama Raju ( Ram Charan) and Komaram Bheem (N. T. Rama Rao), who fought against the British Raj and Nizam of Hyderabad respectively. Alia Bhatt will be playing the role of Sita, while Ajay Devgan will make an extended cameo appearance. The film marks the Telugu debut of Ajay Devgan and Alia Bhatt. The movie will also feature Olivia Morris, Samuthirakani, Ray Stevenson, and Alison Doody in pivotal roles. The movie was initially slated to release on 8 January 2021 but was postponed due to rising cases of COVID-19 and will now be released on 13 October 2021 in multiple languages including Telugu, Tamil, Hindi, Malayalam, and Kannada.

The team of RRR recently shared the making of the movie. The video starts off showing the grand set of the movie and then shows us glimpses of Rajamouli and his team. While sharing the video Ram Charan wrote, "An experience that is the result of the hard work of many! Excited to share a glimpse of@RRRMovie, a labour of love of hundreds of cast and crew members."

An experience that is the result of the hard work of many!

Excited to share a glimpse of @RRRMovie, a labour of love of hundreds of cast and crew members.https://t.co/7TJOAym2hi#RoarOfRRR #RRRMovie @ssrajamouli @tarak9999 @ajaydevgn @aliaa08

Jr NTR also shared the video and wrote, "We hustle, we have fun! It has been such an exciting experience to work with this team for@RRRMovie. A journey I will forever cherish. Happy to share a glimpse into the making of #RRRMovie."