On the occasion of his birthday, the first poster of 'Naresh 58' starring Allari Naresh has been released on social media by producer Mahesh Koneru; watch. 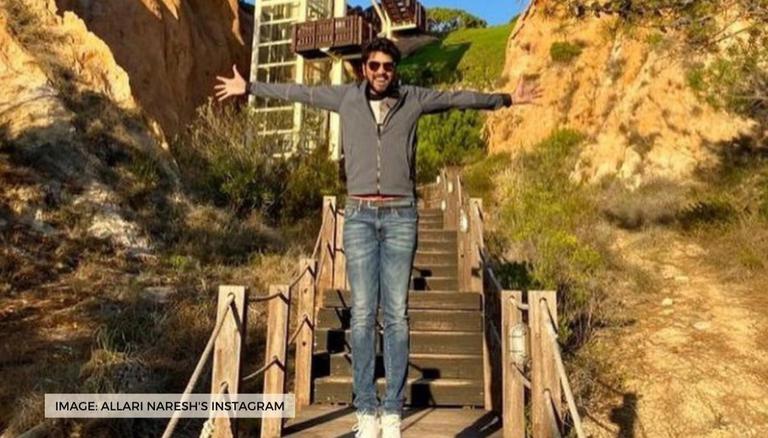 
It is a well-known practice among the filmmakers of the South to reveal posters of their upcoming films on the birthdays of their lead actors. On the occasion of Allari Naresh’s birthday, Mahesh Koneru, who is one of the prominent producers of Telugu cinema, has recently shared the first poster of the former’s upcoming starrer Naresh 58, which has finally been given a title. Koneru has also posted a short note describing the film, while revealing the names of other professionals who are also taking part in the project. Netizens promptly started sending all kinds of excited reactions for the film and birthday wishes for Allari Naresh.

Naresh 58 has finally been given the title of Sabhaku Namaskaram. As Allari Naresh turns 39 years old, the very first Sabhaku Namaskaram poster has been unveiled on social media. While the poster does not reveal his face, it shows him addressing a crowd at a podium with his back facing the camera. However, before sharing a note on the film, Koneru began his message by wishing Naresh on his birthday. Koneru expressed his pleasure of being associated with this project, which he described as “a hilarious entertainer with a difference”.

Wishing our @allarinaresh Garu a very happy birthday. Happy to associate with #Naresh58 as #SabhakuNamaskaram .. a hilarious entertainer with a difference, to be directed by @MallampatiSate1 with dialogues by @abburiravi Garu. #HBDAllariNaresh pic.twitter.com/vdmdbRIrmA

The producer further revealed that the venture will be directed by Mallampati Sateesh and the dialogues will be penned by Abburi Ravi. Netizens took no time in sending their excited reactions to this update, while wishing them luck for its success. Many of them expressed their eagerness towards watching this film and appeared to be confident about its performance. Lastly, they also made sure to wish Allari Naresh on his special day and congratulated him on his new venture.

All the best guru 💯

All the best naresh anna ❤

Allari Naresh has strongly established himself as one of the major stars of Telugu cinema over the years. He has starred in quite a few popular films such as Maharshi, Mama Manchu Alludu Kanchu, Kevvu Keka and many others. While he remained out of action last year due to the pandemic, he bounced back with two more films titled Bangaru Bullodu and Naandhi, which had released earlier this year.