The Vilayati Sharab song is a fast-paced track with foot-tapping music. The video starts with Allu Sirish, an auto driver wearing a t-shirt that has Heli's photo printed on his chest. The video is set in a dhaba with Heli playing the role of the main lead dancer. The song then showcases men enjoying Heli's dance performance with Allu trying to pry the gazes of other males away from her. In the next shot, fans see Allu join Heli on stage and the duo grooves to the music with some desi Bollywood moves. Allu Sirish also took to his Instagram page to announce the release of Vilayati Sharaab with his fans and asked them to check the super fun party number on Youtube.

Fans of the actor were excited to see Allu Sirish in a Hindi song and going by the comments, they loved it. Co-star Heli Daruwala also commented on the actor's post and wrote, "look who killed it." Fans of the actor also showered praises on Allu's performance and flooded his comment section with heart and fire emojis. One user wrote, "You guys killed it! amazing song" while another commented, "Can't stop dancing." Read some of the fan comments right below:

READ | Neeti Mohan performs Pilates as 'Mommy to be in Full form', receives love from celebs 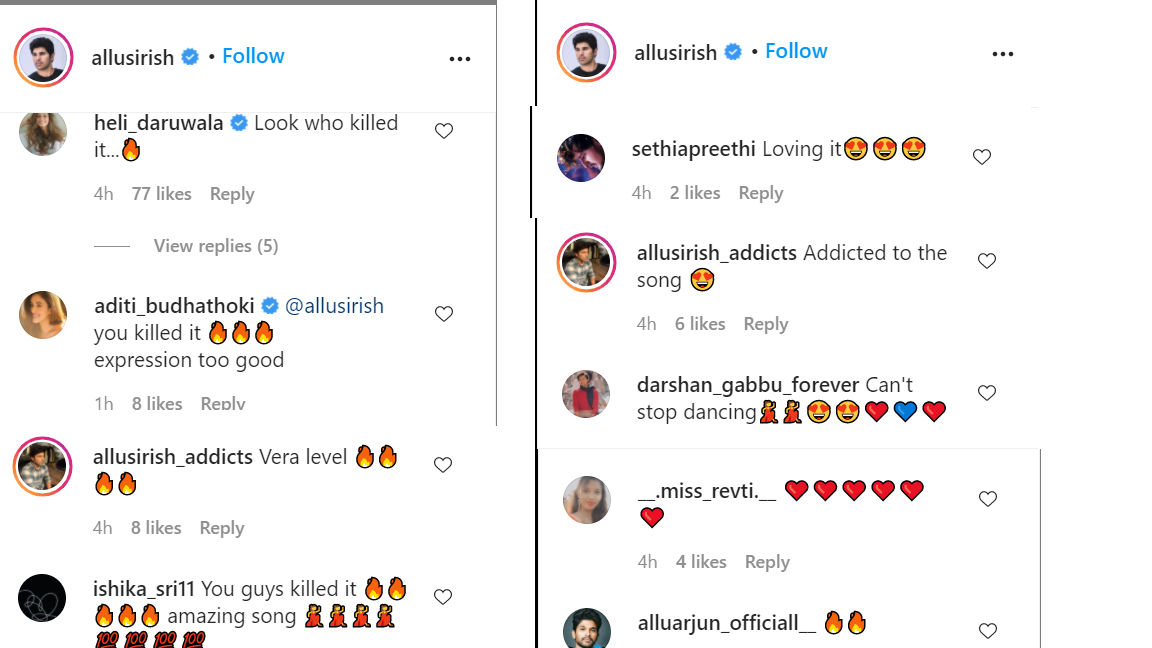 The highly energetic dance number is crooned by Neeti Mohan and Darshan Rawal with Lijo George and DJ Chetas as the music composers and lyrics written by Kumar. Directed by Adil Shaikh, the dance number has crossed over 500k views in under 4 hours of its release. The song marks to be Allu Sirish's debut in Hindi showbiz. Talking about his first-ever Hindi music video, Allu Sirish has taken to Instagram to thank the director for giving him a chance to play the role of an auto driver in the music video, something that he has never done before.