Anushka Shetty's picture wherein she is donning a no-makeup look has gone viral on social media. Scroll to see the picture and see how fans have reacted to it. 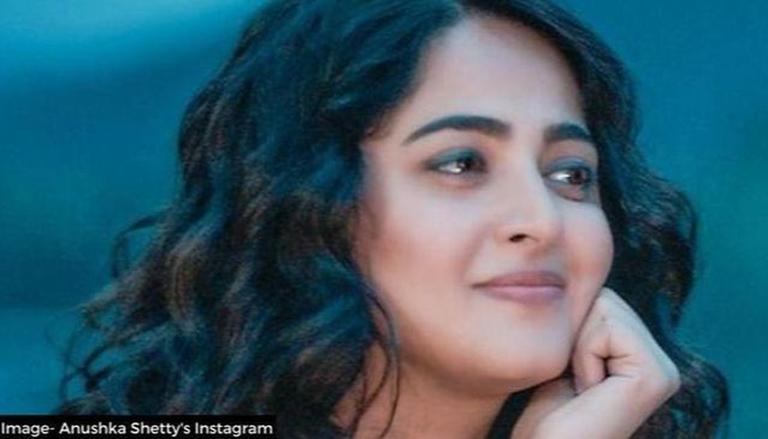 
South Indian actor Anushka Shetty never fails to make headlines with her gorgeous photos that she posts on social media. Since she is not very active on social media, her fans eagerly wait for her to share her photos. Recently, the Baahubali actor's no makeup picture surfaced on the internet which has taken social media by storm.

In the picture, Anushka is flaunting a natural look. She is wearing a light blue top and a pair of ripped jeans. Anushka has left her hair open. She has pulled her mask down to cheekily pose for the camera. The picture went viral quickly as Anushka Shetty's fans shared it several times on Twitter. Many have lovingly called her real name 'Sweety' while many have written that she started trending on Twitter with just a 'simple casual click' of hers. See their tweets and reactions below.

A picture is enough for a day💘🥺@MsAnushkaShetty

If this is the craze for a simple casual click of #AnushkaShetty imagine what would be happening on the day her next movie is announcing.

She rules the Internet just by a Casual Pic #AnushkaShetty
It's shows her fan base ❤️👌 #Anushka pic.twitter.com/e0eBhK1PR3

Anushka Shetty enjoys a fan base of 4.6 million followers on Instagram and often shares motivational quotes for fans. During this difficult time, the Size Zero actor took to her Instagram handle to share a note on how to deal with the pandemic mentally. She wrote that these are 'trying times' and everyone is trying the best they can. Stressing on the importance of following protocols, she wrote, "stay at home...impose self lockdown..talk to your family and friends... be in touch." She also asked her fans to be considerate towards people as 'not everyone knows how to express what they feel". She further wrote energy should not be drained on anything that is negative and while concluding she added, "we together can truly bring forward our strengths of being human and get through this with grace. Loads of love and prayers."

The 39-year-old's role in Baahubali received a lot of love from the audience. She was last seen in the thriller film Nishabdham which was helmed by Hemant Madhukar. The cast of the movie also included Madhavan, Michael Madsen and Anjali essaying pivotal characters. The plot of the movie revolves around the death of a popular cello player and Sakshi, a deaf and mute artist, are called for interrogation. Shetty played the role of Sakshi in the movie. It released on Amazon Prime Video last year. Anushka's next project has not been announced yet.