Beast poster sees Thalapathy Vijay holding a gun and biting a bullet, with fighter choppers in the background, hinting at a mass entertainer film in the making. 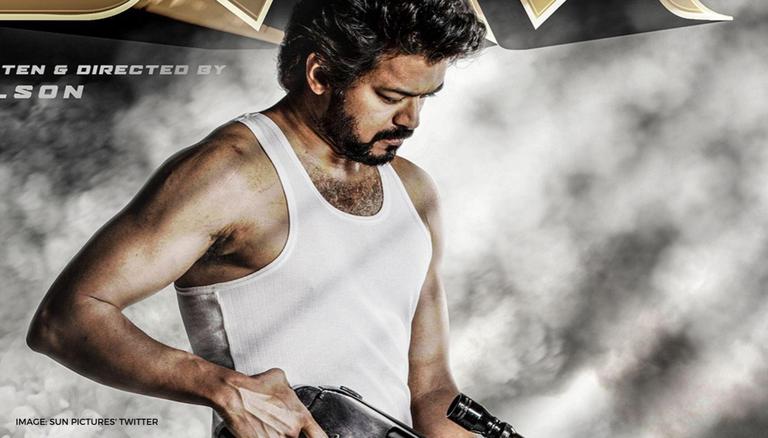 Only hours after revealing the title and the first look of Vijay's forthcoming film, the makers decided to give the actor and his fans yet another surprise. Celebrating Vijay's birthday, the film’s director Nelson Dhilipkumar revealed the second Beast poster at 12 AM. The second poster, just like the first has taken over the internet with fans sharing the same on social media platforms.

The new Beast poster promises some big scale action drama, as the poster features guns, explosions and a fighter chopper in the background. Vijay is also seen holding a rifle bullet between his lips promising an action-packed film. Sharing the poster on Twitter, the makers wrote, "Wishing the #BEAST of Kollywood #ThalapathyVijay a very Happy Birthday! Here is #BeastSecondLook!  #HBDThalapathyVijay #HappyBirthdayThalapathyVijay #HBDThalapathy.”

READ | 'Valimai' cast: Know about the actors in the upcoming Tamil film by filmmaker H Vinoth

Both fans and celebrities alike shared the Beast new poster wishing the actor a happy birthday. While many fans merely wished the actor by sharing the post, a few others penned down their excitement for the upcoming film. Fans of Vijay are expecting yet another hit film in Beast after the success of Master.

READ | 'Jagame Thandhiram': How to watch this Dhanush-starrer Tamil film online? Find out

Woov never Expected this Kind of poster #BeastSecondLook Ultimate 👌💥 Happy birthday to the Man of Inspiration Thalapathy @actorvijay sir ❤️ Always Inspiring us with your Films. Hope you have a Wonderful year Ahead Waiting for #Beast 😎 pic.twitter.com/gC6JVu4TK5

A bit about Beast

Beast is Vijay's fourth film with Sun Pictures, which has previously bankrolled the actor’s films like Vettaikaaran, Sura and Sarkar. The film written and helmed by Nelson has roped in Anirudh Ravichander as its music director. The action entertainer also features Pooja Hegde, Yogi Babu, Shine Chacko and VTV Ganesh in pivotal roles. The film had earlier wrapped up its first schedule in Georgia and is now set to begin shooting for the second schedule once the pandemic induced curfews are eased.

Apart from Beast, Thalapathy Vijay currently has a couple of projects lined up. The actor, who made his OTT debut earlier this year with Lokesh Kanagaraj’s Master, is currently waiting to finish the shoot of Beast by this year’s winter. Vijay will also be teaming up with Telugu director Vamsi Paidipally for an untitled project.