After a long break, south actor Bhavana Menon is all set to make her comeback in the Malayalam cinema with the film 'Ntikkakkakkoru Premondarnn.' 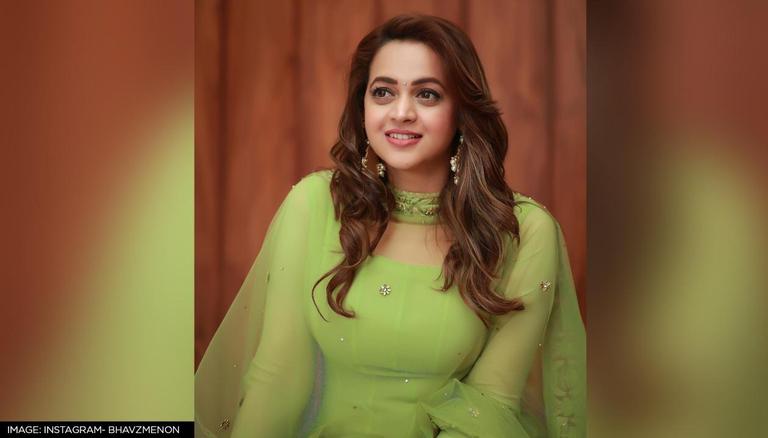 
South Diva Bhavana Menon who has been a part of various Malayalam, Kannada, Tamil, and Telugu films, is all set to make her comeback in the Malayam industry with Ntikkakkakkoru Premondarnn. The actor who is known for films like Bhajarangi 2, Inspector Vikram, Deepavali, C I D Moosa and many other films took a break from the movies. Menon recently took to her Instagram handle to share the delightful news with her fans.

On Wednesday, Bhavana Menon took to her official Instagram handle and announced her upcoming project Ntikkakkakkoru Premondarnn. The film is written and directed by debutant director Adhil Maimoonath Ashraf. Along with Bhavana it also stars Sharaf U Dheen in the lead role. Announcing the film, Menon also shared a poster of the movie featuring graphic art of a young girl surrounded by everything she loves in her life. Sharing the picture, she captioned the post as "Rolling soon - Ntikkakkakkoru Premondarnn #NtikkakkakkoruPremondarnn  #BonhomieEntertainments  #Bhavana #Sharafudheen  #RenishAbdulkhader #AdhilMaimoonathAsharaf #VivekBharathan #ArunRushdie."

For the unversed, Bhavana had stopped acting in Malayalam movies after she was sexually assaulted in 2017.

After almost five years, in January 2022 actor Bhavana Menon opened up about the trauma she faced all these years. Sharing her story of misery, the actor wrote, “This has not been an easy journey. The journey from being a victim to becoming a survivor. For 5 years now, my name and my identity have been suppressed under the weight of the assault inflicted on me.”

After Bhavana Menon's post, Tanushree Dutt came out in support of the actor. The 37-year-old actor shared Menon's post where she spoke about the alleged sexual assault and the aftermath of speaking up about it. Dutta penned a long caption and wrote, ''I just came to know about this brave, beautiful and graceful woman @bhavzmenon who has continued her fight for justice despite years of antagonism and oppression. I particularly admire her resilience and must also credit her husband for his support as well as her friends as without a strong emotional and financial support system it's sometimes impossible for young women to continue to fight such vicious battles.''