The video uploaded on August 7 shows the actor complaining about a director allegedly stealing her picture and using it for a movie's first look. 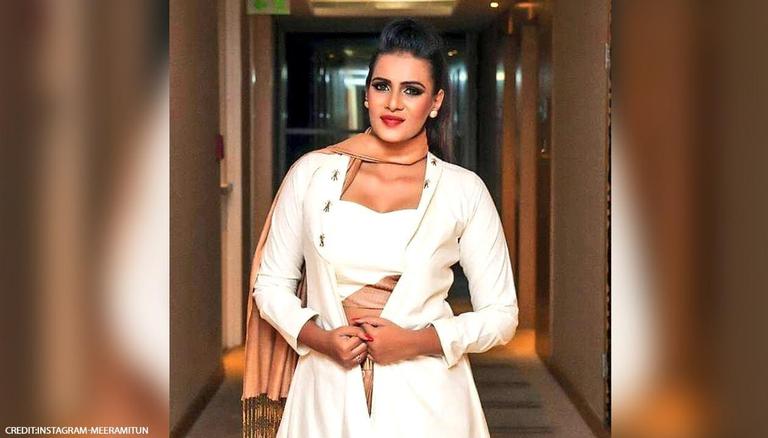 
The Chennai police have booked Tamil actor Meera Mithun for allegedly making derogatory remarks against the Dalit community in her video. A complaint has been registered against the Kollywood star by Vanni Arasu, the leader of Viduthalai Siruthaigal Katchi, a Dalit-centric party. According to various media reports, Meera had uploaded a video on August 7 in which she made some remarks against the community. The video went viral online. And, ever since the video has been uploaded online, netizens demand her arrest.

The video showed Meera complaining about a director allegedly stealing her picture and using it for a movie's first look. She then used a derogatory term used as an insult against the Dalit community. According to media reports, she spoke about how all people from the Scheduled Castes are involved in criminal and illegal activities and that it is the reason that they face problems in society. Meera stated that all Schedule Caste directors and people in the Tamil industry must be 'chucked' out.

Actress Meera Mithun has used very derogatory term against SC/ST people in her video. This shows her caste conceit mindset. She must be arrested soon. @mkstalin #CrushTheCaste pic.twitter.com/LghONRsKPv

Reportedly, the actor has been booked under sections 153, 153A(1)(a), 505(1)(b), 505 (2) of IPC, and several sections under the SC/ST Prevention of Atrocities Act. The Tamil Nadu Untouchability Eradication Front is a co-complainant in the petition against her. Meera is known for her minor roles in a few Tamil films. She was also part of the third season of Tamil Bigg Boss. She made her debut in the movie 8 Thottakkal in 2017. Her next appearance was in Vignesh Shivan's heist comedy Thaanaa Serndha Koottam (2018), portraying a supporting role. After seeing her first film, the makers had approached her and cast her opposite Kalaiyarasan as an angry wife. In June 2019, she took part in Star Vijay's Bigg Boss Tamil program. Upon her exit, Mitun received offers to feature in Pandiraj's Namma Veettu Pillai (2019) and Agni Siragugal (2020).