Crazy Mohan's Fans Remember Him On His Death Anniversary, Call Him 'the Best Of The Best'

Crazy Mohan was a well-renowned playwright, actor, and comedian. On his second death anniversary, netizens took to Twitter to remember him and his works. 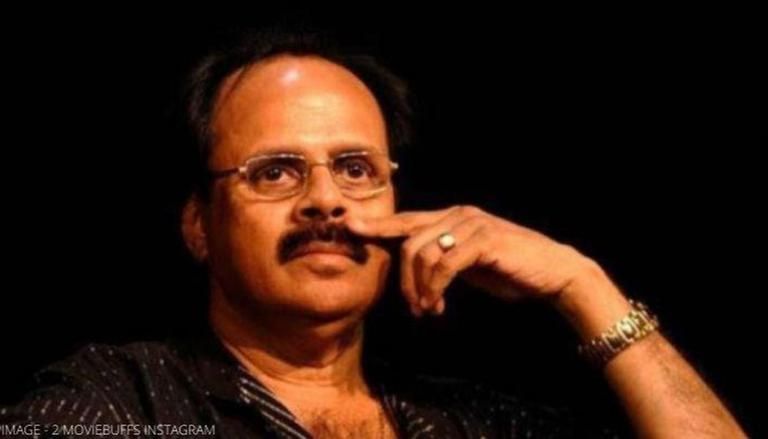 
Mohan Rangachari, known professionally as Crazy Mohan, was an Indian actor, comedian, screenwriter, and playwright. The actor passed away two years ago due to a cardiac arrest on June 10. On Crazy Mohan's death anniversary, several celebrities and fans took to their social media handle to remember his legacy.

Tamil actor, comedian, and playwright Crazy Mohan was popularly known for his comedy dialogues and movies. Mohan had written over 30 plays, worked on over 40 films, and had cameo roles in each film, and written over 100 short stories. On his second death anniversary, netizens took to Twitter and remembered him with his most popular dialogues as well as quotes.

While one Twitter user wrote that even though it has been two years, Mohan hasn't left and he is still living through his innumerable jokes and wordplays. Another fan tweeted saying that his craziness will always be cherished and remembered. South superstar Kamal Haasan also posted about the late writer and recalled that it was always a laugh riot when he got together with Mohan. Several fans shared clips from Crazy Mohan's films and called his humorous knowledge and skills incredible.

#crazymohan is a legend. His dialogues and humorous knowledge is vast! It will be remembered till date! One of the finest talent ♥️ #CrazyMohan

Been there for #ChocolateKrishna fdfs &  the time spent with him, Maadhu Balaji & Kaanthan. Heard stories from him on his collaborations with @ikamalhaasan & the dramatist in him would narrate all in a funny & engaging sequence. Hearing behind the stage stories were more fun. pic.twitter.com/sWERKw0bMS

For me he was always Mohan Anna. My go-to man after a tough day in office. Writer, spiritualist, artist, family man & friend, ##CrazyMohan lived his life the way he wrote - Take Is Easy! Life Is Crazy!!

It's been 2 years... But still he didn't leave us.. he is living with us through his innumerable jokes and wordplays. The best of the best #CrazyMohan 🙏🏽🙏🏽🙏🏽

South superstar Kamal Haasan took to his Twitter handle and remembered his dear friend and co-worker Crazy Mohan on his second death anniversary. The actor tweeted in Tamil, which after translation read, "He changed the adage that drama is the world and comedy is the world. Crazy Mohan, who lived and died like the sky with a serious generic face inside a smiling mask. I remember him." Kamal shared a throwback sepia-toned picture with Mohan along with his tweet.

Mohan started his own troupe and founded Crazy Creations in 1979 and since then, the troupe has created over 30 plays with original scripts and staged over 6,500 shows all over India and abroad. Crazy Mohan was known for his comic timing and featured in films like Apoorva Sagodharargal, Indrudu Chandrudu, Jagadeka Veerudu Athiloka Sundari, Thedinen Vanthathu, Sigamani Ramamani among many others. His most renowned play was Chocolate Krishna, which was staged 500 times within three years, wherein Mohan's brother Maadhu Balaji played the lead.