Did Samantha Ruth Refuse To Take Alimony From Naga Chaitanya After Separation? Read

Amid Samantha Ruth and Naga Chaitanya's divorce, rumours are rife about the former refusing ₹200 crores alimony as a part of their marriage settlement. Read on 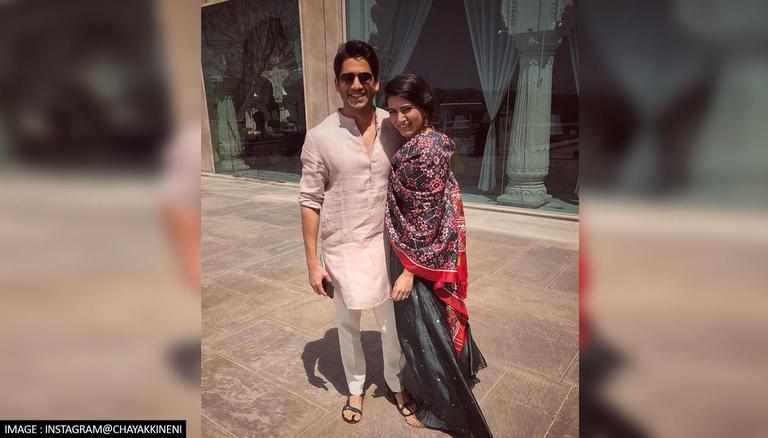 
One of the most adored Telugu star couple Samantha Ruth Prabhu and Naga Chaitanya recently announced their separation on their respective social media handles. The duo, who got married on October 7, 2017, maintained that their decade-old friendship will keep their 'special bond' intact further requesting fans to grant them privacy. Meanwhile, reports about Samantha getting ₹50 crores as alimony from the divorce — which she has apparently refused — are making rounds.

As per Hindustan Times sources, Ruth had been offered over ₹200 crores as a part of the marriage settlement, which the actor gracefully refused. The source added that Samantha, who is 'heartbroken and distraught', didn't want a single penny for ending their marriage.

The reports further reveal how Samantha, who only needed 'love and companionship' from the relationship, doesn't want any financial means from their fallout. The duo, whose love story began more than a decade ago in 2010, after sparking dating rumours on the sets of Ye Maaya Chesave, got engaged in January 2017. Chay and Ruth then exchanged nuptials in Goa on October 7, 2017.

Taking to their respective social media handles yesterday, the duo wrote, "After much deliberation and thought Chay and I have decided to part ways as husband and wife to pursue our own paths. We are fortunate to have a friendship of over a decade that was the very core of our relationship which we believe will always hold a special bond between us." They further asked media and fans for privacy and support during these difficult times.

The duo sparked separation rumours after Samantha's name on her social media handles went from Samantha Akkineni to 'Samantha Ruth Prabhu'. She was also absent from Naga Chaitanya's Love Story success party. The rumours toned down on September 29 after Ruth called Naga Chaitanya's father and veteran actor Nagarjuna as 'father-in-law' in a reply to his tweet, however, the duo was headed for separation. Fans were also questioning Samantha's relocation to Mumbai amid rife separation rumours, which the latter dismissed by saying that Hyderabad will always be her home and that she would 'continue to live here happily'.

READ | As Samantha-Chaitanya announce separation, here's a look at their relationship timeline