Dulquer Salmaan's 'Kurup' Earns Praises From The Audience For Being 'dark, Raw And Rustic'

Fans of Dulquer Salman had been eagerly waiting for Kurup trailer. They were treated with a Kurup teaser today. Here is how netizens reacted to Kurup teaser.

Dulquer Salmaan's latest movie Kurup is one of the most anticipated movies of the actor this year. Ever since its announcement, the movie has been trending all over social media. Fans of the movie and Dulquer Salmaan were eagerly waiting for the Kurup trailer for a long time now. The fans who were waiting for the Kurup trailer were treated with a teaser of the film today. The much-awaited teaser has been received well by the audience till now. Within minutes of its release, Dulquer Salmaan's Kurup teaser has been trending all over social media. Here is a look at how the netizens reacted to Dulquer Salmaan's Kurup teaser.

Dulquer Salmaan's Kurup is an upcoming Malayalam language biographical drama movie. As soon as the teaser premiered on Youtube, various fans showed their excitement about the movie in the comments section of the Youtube video. Several fans also took to their official social media handles to talk about the newly released Kurup teaser. A lot of fans dropped in fire emojis to praise the teaser while some of them also shared that they are waiting for Kurup's release. One of the users also praised the narration by Indrajith Sukumaran and Sushin’s background score. The music and background music department of the film is being handled by Indrajith Sukumaran. One such user on Twitter also shared that he is waiting for the movie’s theatrical release. One of the users also praised the teaser by calling it, “Dark , Raw and Rustic”. Here is a look at the highly anticipated Kurup teaser and how netizens reacted to it.

The narration by Indrajith Sukumaran backed by Sushin’s scores !! Yipeee !! 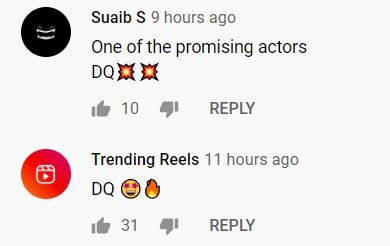 Kurup's cast and details about the movie

Dulquer Salmaan's Kurup is helmed by Srinath Rajendran and it is produced by Wayfarer Films & M-Star Entertainments. Kurup's cast features Dulquer Salmaan in the titular role of Sukumara Kurup with Sobhita Dhulipala, Indrajith Sukumaran, Shine Tom Chacko, Sunny Wayne, Bharath Niwas playing key roles. Out of all Dulquer Salmaan's movies, this movie features him in a different and challenging role of a con man. He plays the role of conman Sukumara Kurup. He is one of the longest wanted fugitives of India. The recently released teaser has more than 2 lakh views on Youtube within an hour of its release.

Image Credits: A still from the teaser