Savita Oberoi,  a Delhi-based independent filmmaker from Pune has made a documentary on the life of the late legend Dilip Kumar, as a tribute to the star 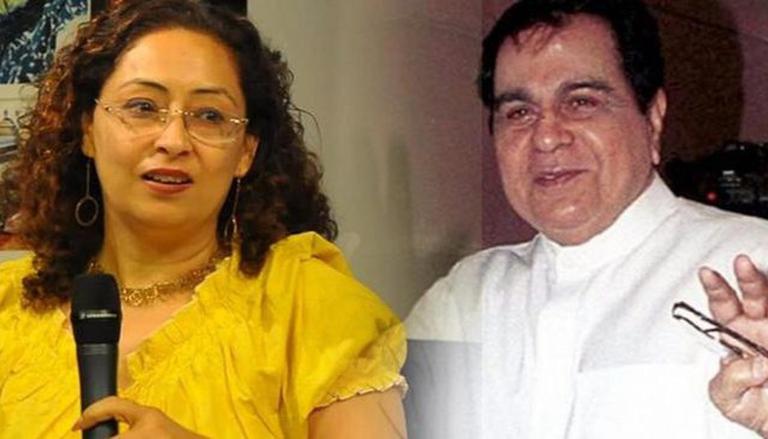 
Savita Oberoi, who is a Delhi-based independent filmmaker from Pune has made a documentary on the life of the late legend Dilip Kumar, as a tribute to the superstar. She has made several documentaries apart from this. The upcoming documentary is titled Dilip Kumar, after the legend's name. It will provide an insight into the life and works of the megastar and capture certain aspects of his personal and professional life.

Savita Oberoi is the daughter of a renowned Marathi film producer and has made several short films as well as documentaries with diverse subjects. Her obsession with cinema stems from the time when she was a child and used to go on the sets of her father's films, which drew her closer to her passion. Apart from superstar Dilip Kumar, she has also made documentaries on other legends who are recipients of the Dada Saheb Phalke award, namely, B.R. Chopra, Yash Chopra, Asha Bhosle, and Ashok Kumar.

Savita on her fascination with the late superstar's life

Talking to ANI, Savita Oberoi spoke about what led her to delve into the life of the 'Tragedy King.

She stated, ''I have totally been in love and in awe of Dilip Kumar and his work from a very young age. When I met him for the first time, it set me thinking that I wanted to do a film on him." Further expressing her gratitude, she added, ''I have simply been lucky and blessed to be able to make a film on him because as far as I know, Dilip Kumar was not easily available to the media."

The upcoming documentary has been curated by Savita wherein she has taken care of direction, production and research. The documentary will focus on the birth of the great actor, his gradual acquisition of stardom and the factors responsible for influencing his acting. It will also encompass a complete filmography of the superstar and a range of photographs that chronicle his life and films.

READ | Manoj Kumar on Dilip Kumar's death: 'His legacy will remain for years to come'

On her first interaction with the superstar, Savita said "When the first time I spoke to Dilip Kumar and said that I would like to do a film on him, the only thing he asked me was a questionnaire and I just started working on the film."

The 45-minute long film will contain an exclusive interview with Dilip Kumar in which the actor talks about his entry into the film industry, his roles, directors he has worked with and enlightens the viewer about his method of acting.

Savita told ANI that the filmmaker used to observe life with the minutest details stating, "He used to prepare for the minutest incidents in the film, well rehearsing for it, for a long time."

It will also talks about his step by step journey in the industry which started by pure chance when he was barely 22 and with no interest in cinema.

More scoops about the documentary, her interaction with the superstar

Speaking about his initial days during the interview, Kumar mentioned in the documentary "I wish I had some training in acting, it was painfully difficult for me to face the camera.". The film will also explore the academic side of Dilip Kumar as it shows how he was a learned person with excellent command over languages such as Urdu, Hindi, or English, in addition to his achievements. To this Savita added "He could own any subject whether it was Urdu poetry or English or even Wordsworth. Poetry was in his tips and in his blood".

She also spilt the beans about her personal instance with Dilip Saab, stating  "After I did the interview with him, he had said to me that you speak in a slow pace, just like Paaro. So, I think I got a compliment of a lifetime from him.". The documentary would conclude by touching upon certain aspects of the great human and artist that he was, surprising the audiences by revealing certain known and certain lesser-known things about one of the world's greatest actors.

READ | Irrfan Khan’s son Babil pays tribute to Dilip Kumar; 'baba and I use to watch him in awe'

The actor recently passed away at the age of 98 and his last rites were held with full state honours at Juhu cemetery in Santacruz, Mumbai on Wednesday. Industry biggies like Shah Rukh Khan, Ranbir Kapoor, Vidya Balan, Karan Johar, and Dharmendra among others visited his Bandra home to pay homage. Kumar, whose career spanned over six decades, is now survived by his wife and veteran actor Saira Banu.