When Gautami Deshpande was new to the industry, she found an ATM inside the Film City and was sceptical about using it because she thought it was fake. 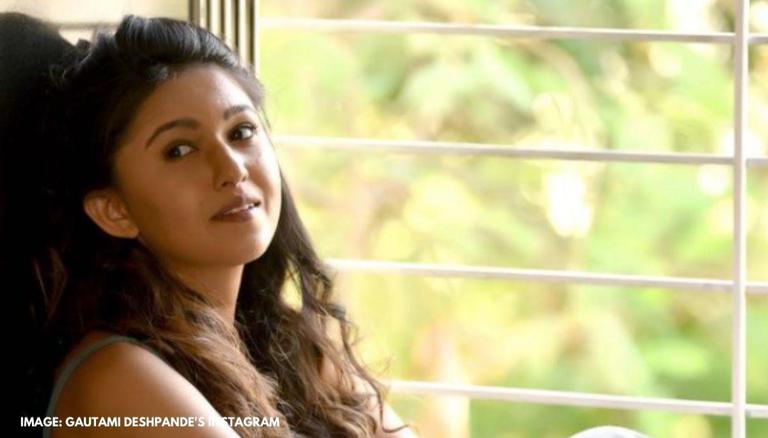 
Popular Marathi actor Mrunmayee Deshpande's younger sister Gautami Deshpande is known for many of her TV shows. While Mrunmayee Deshpande has been associated with the Marathi entertainment industry for quite some time now, Gautami has gained popularity recently. Here's a fun incident about the younger Deshpande sister. Back when Gautami Deshpande was new to the city, she visited the Film City for some work and thought the ATM inside the film city was a fake one.

During an interview with Pune Podcast, the Maza Hoshil Na actor was reminded of one of her most embarrassing moments in the industry. She recollected that when she first started working in the Film City, she thought the ATM inside the Film City was fake. She said that she wanted to leave for Pune after her shoot got over and needed some cash. She reached the Office road at Film City where a lot of shootings were taking place and thought the ATM where they were shooting is fake. She began asking people around if the ATM was real.

Gautami Deshpande also added that people were actually withdrawing cash from the ATM but she thought they were acting and it was all a part of the shoot. However, after some time she realised that the ATM was real and went ahead to withdraw money from it.

Gautami has studied engineering, but soon found interest in acting and chose it as her profession. She began her career with a TV show Saare Tujhyachsathi, which also featured actor Harshad Atkari.

Gautami Deshpande currently stars on the show Maza Hoshil Na along with actor Virajas Kulkarni. The show includes an ensemble cast of actors like Atul Parchure, Achyut Potdar, Vidyadhar Joshi, Seema Deshmukh, Vinay Yedekar and Sunil Tawde in the lead roles. The show follows the love story of Sai and Aditya, who come from different family backgrounds. While Sai hails from a rich family, Aditya comes from a middle-class family. While Sai tries to adjust to Aditya’s family and living with his maternal uncles, she finds herself being trapped in his family issues every now and then.