Samantha Ruth Prabhu has been sharing glimpses into her workout session on social media. She recently attempted a set of deadlifts with 80kgs. 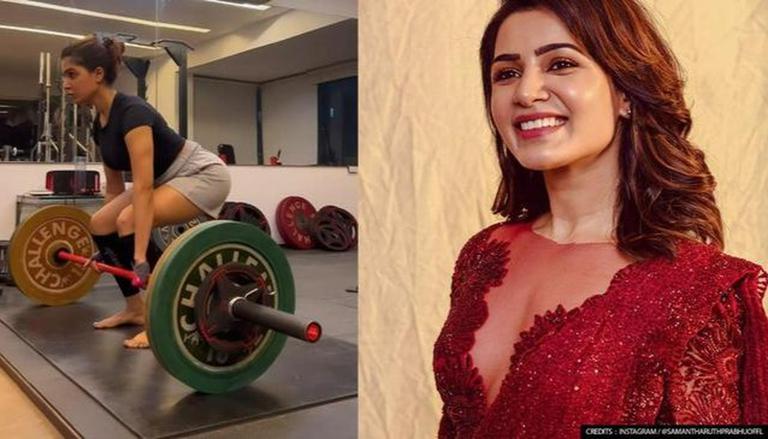 
Samantha Ruth Prabhu has recently been sharing glimpses into her workout sessions and fans are here for it. The actor recently shared a video of herself doing a few sets of deadlifts and also progressed from 75kg to 80kgs. The actor was most recently in the news after her song Oo Antava Oo Oo Antava from Pushpa The Rise released.

The actor took to her Instagram story and posted a few videos of herself doing deadlifts. She could be seen in a black crop top and a pair of grey shorts as she attempted a set of deadlights with 75kgs. The 34-year-old actor seemed to be hitting the weight after a long time and wrote, "Hello 75... I've missed you." A few minutes after her video, she shared a glimpse of another set of the exercise and had increased the weight to 78kgs and then to a whopping 80kgs. In the video she uploaded, her trailer could be rejoicing as he motivated her. She also tagged her trainer in one of the videos and wrote, "I wake up every day not wanting to disappoint you."

Have a look at glimpses from Samantha Ruth Prabhu's workout 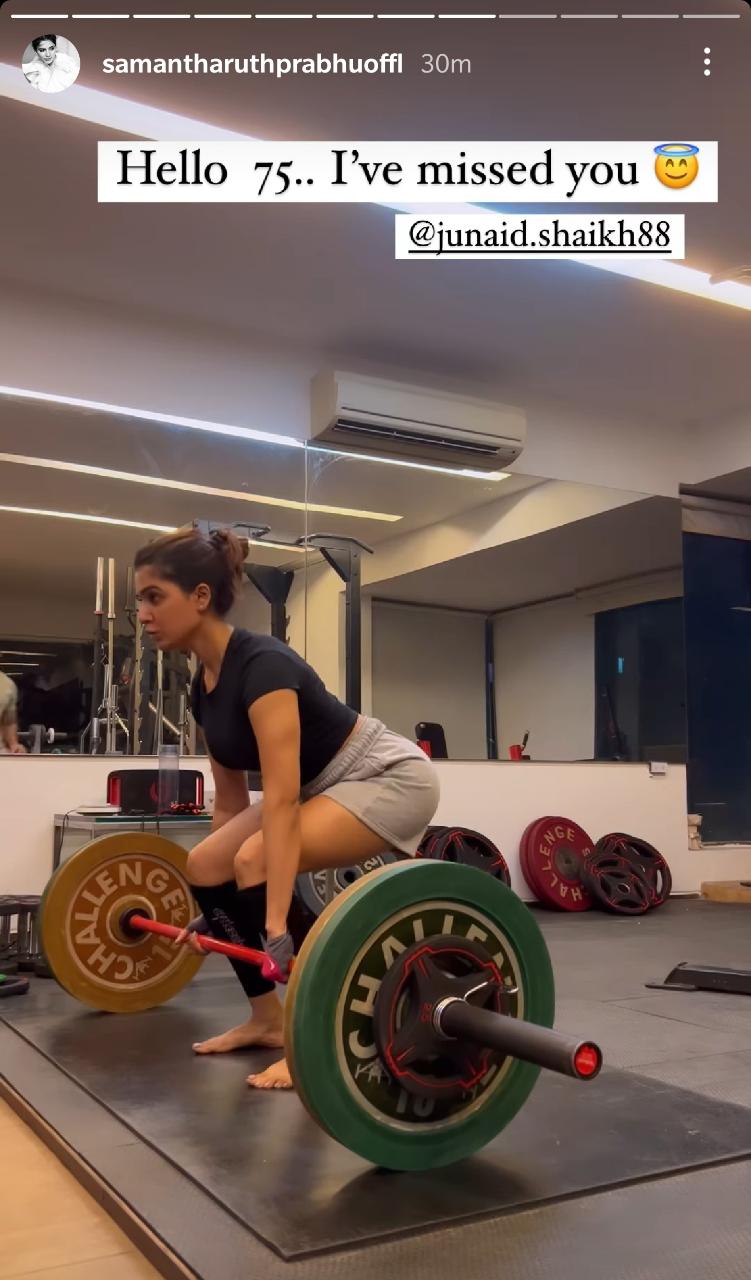 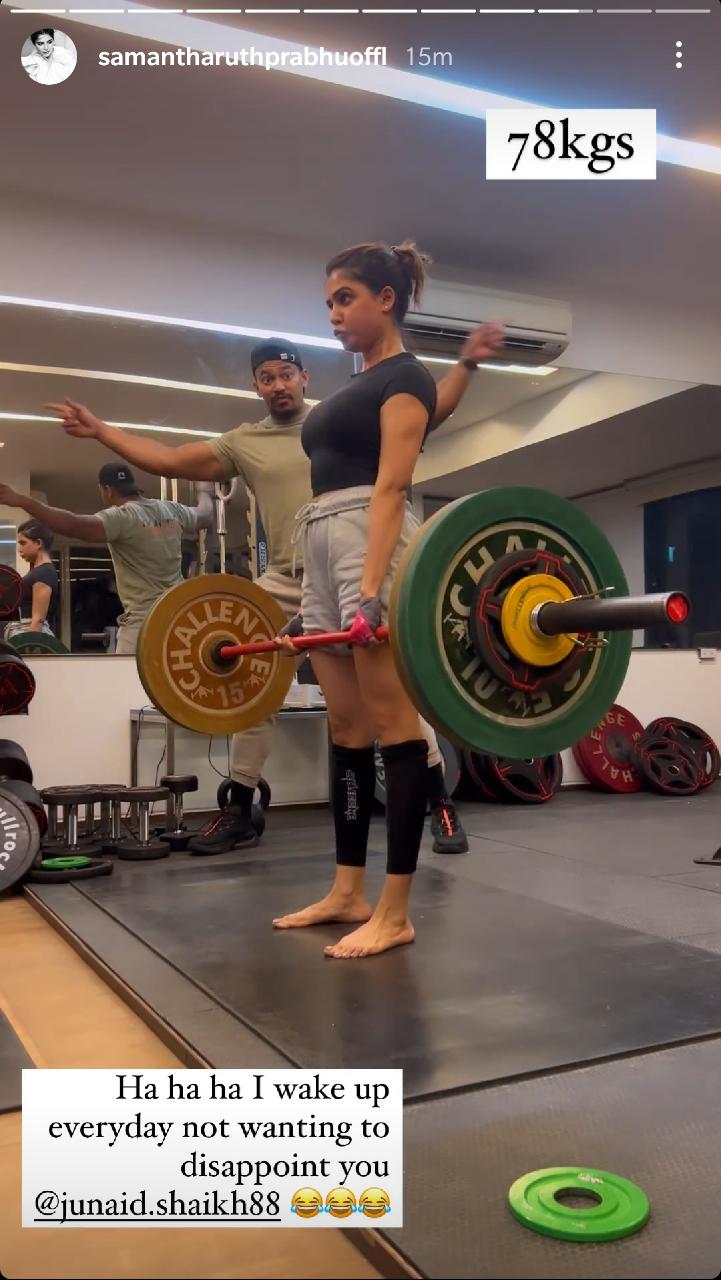 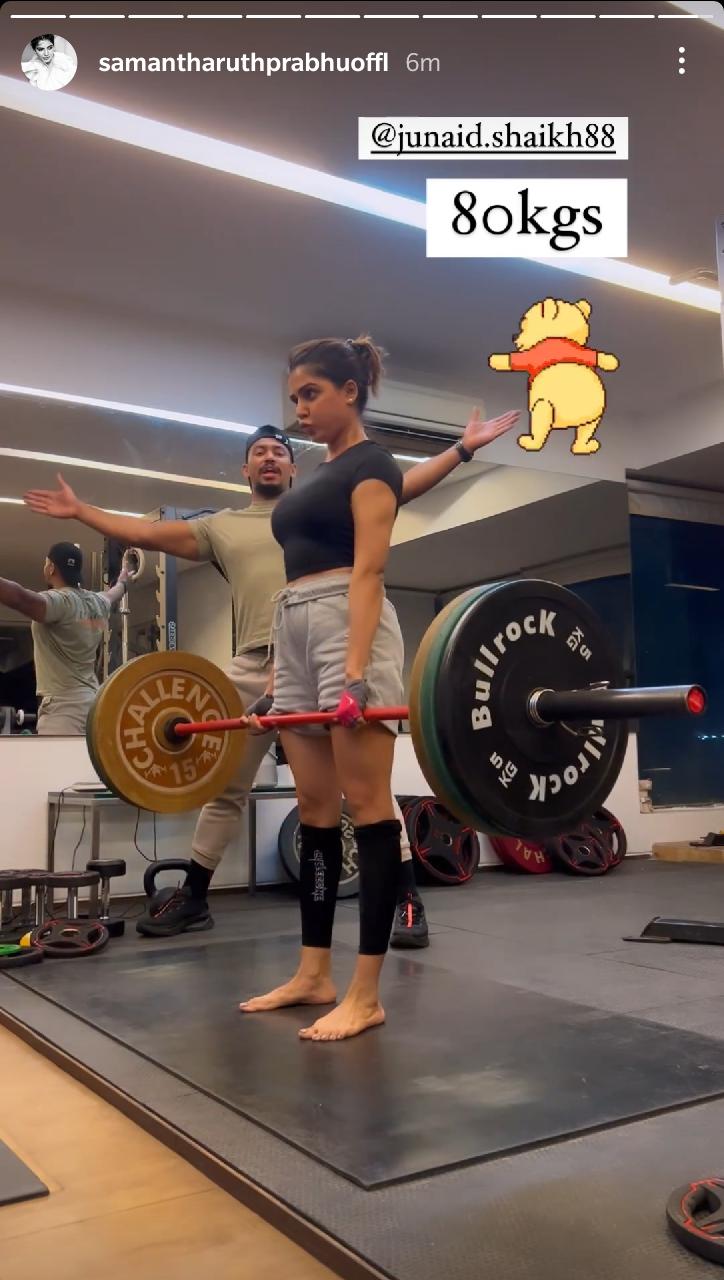 The actor recently kick-started her own fitness challenge and urged fans and followers to do it too as it did not require any equipment. The exercise involved her sitting while on her knees and jumping up in one swift movement. The Makkhi actor wrote, "Kickstart your 2022 with this no-equipment 'level- up’ challenge and feel the BURN 🤓🔥 When my trainer @junaid.shaikh88 challenges me. I challenge you 😜 .. let’s do it #levelupchallenge." The star has been re-sharing videos of her fans participating in the challenge and has been encouraging them.

Oo Antava Oo Oo Antava has been the talk of the town ever since it was released and the actor received heaps of praise for her performance in the song. The song marked her very first dance number and she did not disappoint. Choreographed by Ganesh Acharya, the song saw the actor perform some complex dance sequences. She recently shared some behind the scene glimpses from the sets of the song. She was seen sweating her way through the rehearsals and also told the camera that the choreographers were 'killing' her.