Is Nagarjuna Akkineni Against The OTT Release Of Akhil's 'Most Eligible Bachelor'?

As Most Eligible Bachelor's release date gets closer, the movie's OTT releases' possibility has increased. Reports suggest that Nagarjuna Akkineni objects to it 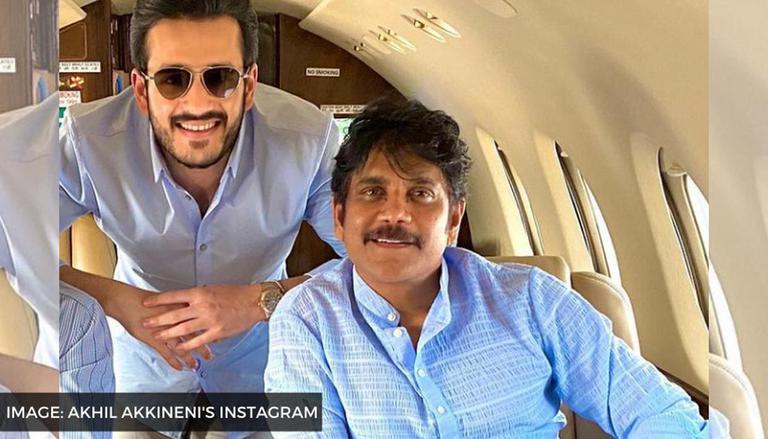 
Tollywood star Akhil Akkineni is all set to feature in the lead role of the Most Eligible Bachelor as Harsha. The movie will be one of Akkineni's many romantic comedy movies. Actor Pooja Hegde will star as his love interest in the upcoming movie. Most Eligible Bachelor's release date has been postponed multiple times due to the coronavirus pandemic. It is now set to release on June 19, 2021, theatrically.

But as the second wave of the pandemic shows a spike in the number of COVID-19 cases in the country, the movie may be considered for an OTT release, which is apparently against the will of Akhil's father actor Nagarjuna Akkineni. According to a report by Pinkvilla, Nagarjuna Akkineni is opposing Akhil Akkineni's new movie to be released on any OTT platform and is willing to wait for the theatres to reopen for the movie's official release.

The report further suggests that the presenter Allu Aravind and producer Bunny Vas are supporting Nagarjuna's decision and have agreed to decline the offers to release the movie digitally. An official announcement about the movie's release is yet to be declared by the producers of the movie.

The plot of Most Eligible Bachelor

Akhil Akkineni is the Most Eligible Bachelor as Harsha in his upcoming movie. He is in search of a suitable woman to get married to, who matches his expectations and thought process. The romantic comedy will show Harsha going on several dates to find the right woman to call his wife. He stumbles into Vibha, played by Pooja Hegde and is instantly attracted to her ways. The plot will further focus on their love story.

Most Eligible Bachelor will be Akhil Akkineni's fourth movie as an actor in the lead role. He made his debut in Akhil as the protagonist and went on to take a two-year break from acting after the movie failed to impress the audience. In 2017, he returned with Hello, aka Taqdeer, next to Kalyani Priyadarshani which received a rating of 7.3 out of 10 stars on IMDb. In 2019, he was seen in Mr Majnu as Vikram Krishna or Vicky which got a total rating of 6.1 out of 10 stars on IMDb and 50% on Rotten Tomatoes. Currently, the actor is preparing for his upcoming movie Agent which is currently in the filming stage.