Puneeth Rajkumar passed away on October 29, 2021, and the news of his death left his fans, followers and colleagues from the film industry in shock 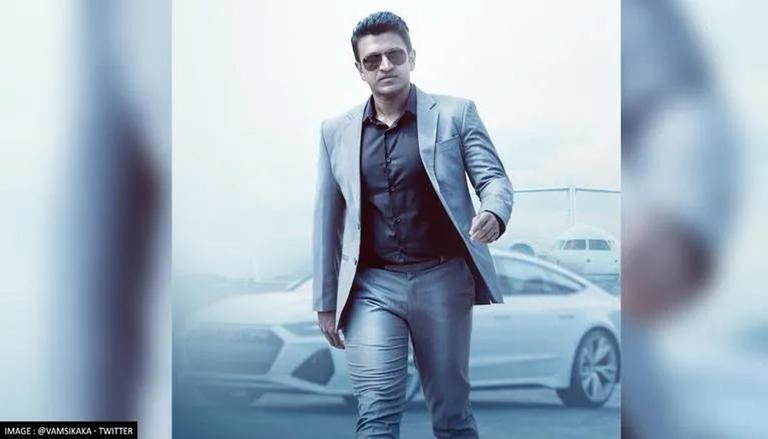 
Puneeth Rajkumar passed away on October 29, 2021, and the news of his death left his fans, followers and colleagues from the film industry in shock. The superstar's final film James hit the big screens on the occasion of his birth anniversary on March 17, and fans have been flocking to theatres in large numbers to watch their favourite actor's last film. Apart from being hailed by the audience and critics alike, the film has also been soaring at the box office and opened at a whopping ₹27.53 cr, according to industry tracker and analyst Manobala Vijayabalan, as it broke records in Karnataka theatres.

The film got its theatrical release on the occasion of the late actor's birthday and several fans rushed to cinemas halls to watch James on the big screen. According to reports by Bollywood Life, the film minted ₹9 cr on its third day in theatres, and the love for the movie and the actor continue to prevail. The film got a grand opening, with about 4000 shows across the world and fans bought tickets for the film even before its release.

The late Kannada superstar was seen taking on the role of Santhosh Kumar, also known as James in the film and several fans called the movie the actor's best performance. The star was seen sharing the screen with Priya Anand, Hareesh Peradi, Au Prabhakar, Srikanth R. Sarathkumar and others and fans can now watch James in Hindi, Malayalam, Tamil, and Telugu. The film also included cameo performances by the late icon's brothers, Shivaraj Kumar and Raghavendra Rajkumar and was helmed by Chethan Kumar.