Jr. NTR and Ram Charan both expressed their wish to join the MCU at the Golden Globes 2023 red carpet, Wednesday. 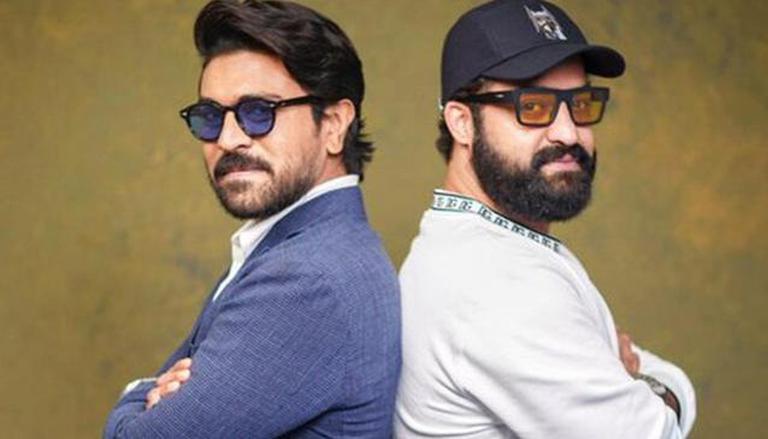 
'RRR' stars Jr. NTR and Ram Charan are keen to join the Marvel cast, the actors confessed at the Golden Globes red carpet on Wednesday.

NTR was questioned at the red carpet about 'manifesting' a Marvel movie. While acknowledging that his fans are overly enthusiastic, the actor claimed that he is still 'waiting' for a call from Marvel.

"My fans went berserk about it (the news of him wishing to be a part of Marvel), just waiting for Marvel to still call," said NTR.

Earlier, the actor expressed his wish to join the Marvel Cinematic Universe at the LA screening of 'RRR' on Tuesday. “I would love to do it,” NTR told Variety, “I’m waiting for it to happen.”

Ram Charan was also asked if he has gotten a call from Marvel Studios asking him to play a superhero in a forthcoming movie. The actor expressed interest in the possibility of playing an Indian superhero, saying, "Absolutely, why not?"

"We have amazing superheroes in India too. How about you invite one of our heroes back here? That will be great," said Ram Charan.

Ramcharan and Rajamouli at #GoldenGlobes 😎💥💥 pic.twitter.com/NWHZYXhHpD

When asked which hero he would like to portray if he ever got the chance, Ram promptly responded, 'Tony Stark or maybe Captain America'

NTR's favourite Marvel character is also Iron Man. “He’s so relatable,” the actor said. “He is someone like us. He does not have superpowers. He doesn’t come from a different planet. He’s not someone who has been put through a science experiment and become the Hulk.”

'RRR' has received two Golden Globe nominations, while it won the award for the best original song–motion picture with 'Naatu Naatu', it lost out the award for 'best picture-non English' to Argentina's historical drama 'Argentina, 1985'.

'RRR' garnered worldwide appreciation after its global release in various countries. At Rotten Tomatoes, it has a fresh Tomatometer score of 94% and a tied audience score of 94%. The film was the second non-English movie ever to be named one of the year's best films by the National Board of Review.