Actor Kamal Haasan, who is gearing up for the Tamil Nadu assembly elections, took to his social media handle and showered love on the people of Coimbatore.

Makkal Needhi Maiam (MNM) chief Kamal Haasan, on Tuesday, took to his social media handle and wrote a note for the citizens of Coimbatore ahead of the upcoming Tamil Nadu assembly elections. Along with a note, he shared a self-portrait, in which he can be seen in an auto-rickshaw while showing a "thumbs up" to a man, presumably, on a bike beside him. Instagramming the photo. Kamal Haasan wrote a brief caption in Tamil. The translation of the caption reads, "I am moved by the love of the people of Coimbatore who come and express their love and support. I am speaking at a huge public meeting in Mango City Salem tonight. Let's gather together to protect the soil, the language, the people. Let's win".

Within a couple of hours, the picture managed to receive more than 100k double-taps; and is still counting. Meanwhile, a section of his Insta fans extended wishes and prayers for his win in the upcoming Tami Nadu elections. An Instagram user asserted, "Congratulations to the new chief of the younger generation" while actor Kavita Radheshyam wrote, "Aandavar", which means "lord". On the other hand, emoticons such as red-heart, heart-eyes and fire, among many others, were a common sight in the comments box. 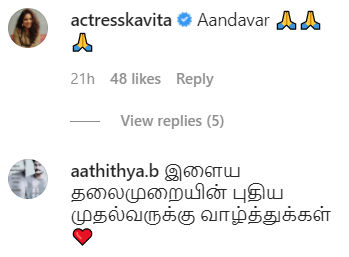 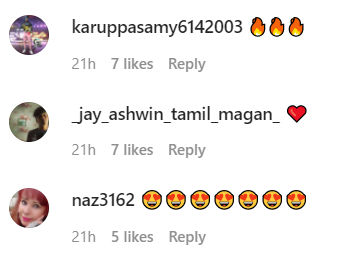 The 66-year-old actor-turned-politician filed his nomination from the Coimbatore South constituency on Monday, that is March 15.  Post filing his nomination, Haasan addressed the media and talked about his motive behind choosing the Coimbatore constituency. He told, "Various attempts have been made to destroy communal peace of this region, and I want to fight that." While referring to the region as the 'Manchester of the South', he vowed to preserve its status and pride.

READ | Rajinikanth and Kamal Hassan to come together for an upcoming blockbuster? Details inside

Tamil Nadu polls will be held in a single phase in 38 districts on April 6 to elect a total of 234 members to the Legislative Assembly. The contest for the seats was between the Congress-DMK combine and BJP and AIADMK. However, TTV Dinakaran-led Amma Makkal Munnetra Kazhagam (AMMK)'s alliance with the All India Majilis-e-Ittehad-ul-Muslimeen (AIMIM) can put forth the people of the state the third alternative.