'Kathirvel Ka Pyar' Cast: Know All About The Cast Of The Romantic Movie 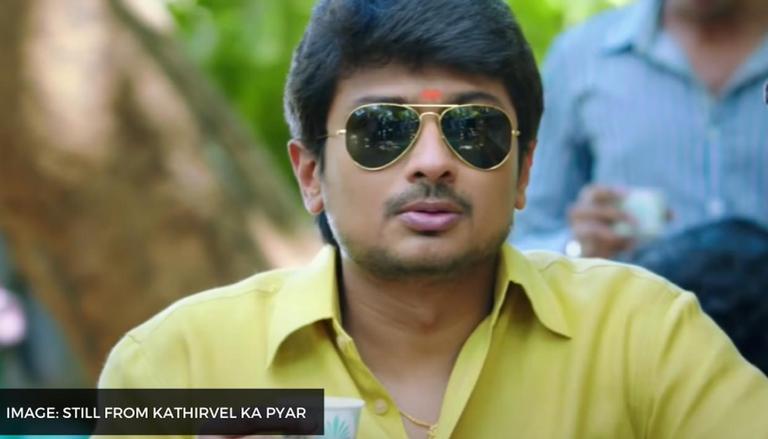 
Kathirvel Ka Pyar, also known as Ithu Kathirvelan Kadhal, shows the love story of a Hanuman devotee, Kathirvel who falls head over heels in love with a girl, Pavithra. He must win the girl's heart while facing all the obstacles and signs in his way by following his instincts. The movie, helmed by S. R. Prabhakaran was not well received by the audience who gave it 4.6 out of 10 stars on IMDb and an overall rating of 33% on Rotten Tomatoes.

The movie showed a simple mini-bus owner, Kathir travelling to Coimbatore to reconcile his sister's relationship with her husband, Shanmugam. There he falls in love with Pavithra, Shanmugam's neighbour and his archnemesis' daughter, even after he was warned by his sister.

He uses the help of his friend Mayil to get Pavithra to fall in love with him. Kathir is disappointed to then know that Pavithra is in love with her boss and so steps out of her life. When he finds out that her boss had planned to leave her soon, he warns her but gets shunned by her. When she gets dumped by her boyfriend, she apologises to Kathir for her behaviour. Kathir and Pavithra then befriend each other. The two continue to face hurdles together as they eventually fall in love with one another.

READ | 'The Woman In The Window' Cast: Here's a full list of actors who are part of this thriller

Udhayanidhi Stalin plays the role of Kathirvelan in the cast of Kathirvel ka Pyar. In the movie, he is shown as a simple man who wishes to lead a happy life with his family. He is a devotee of the Lord Bajrangbali and follows in his footsteps of celibacy. He goes to Coimbatore to convince his brother-in-law to accept his wife, Kathir's sister, back into his life and fix their marriage. He manages to win his brother-in-law's approval and ends up falling in love with his neighbour Pavithra.

READ | Jupiter's Legacy characters: Get to know the cast and characters of the superhero series

Pavithra is played by Nayanthara in the cast of Kathirvel ka Pyar. The character is a simple and sweet girl. She is Kathir's brother-in-law's neighbour and also his archnemesis' daughter. She works at a reputable company's showroom as a manager and is in love with her boss. Pavithra and Kathir's relationship starts off on a rough path, but the girl eventually finds herself falling in love with Kathir when she sees his values.

READ | 'This Is Us' cast's Mandy Moore, Eris Baker, Susan Kelechi react to show coming to an end

Actor Santhanam played the role of Kathir's best friend, Mayil, in the movie. He was very supportive of Kathir and helped him in pursuing Kathir's love interest. Mayil too develops feelings towards Pavithra's friend, played by Kala Kalyani, in the movie. Chaya Singh, Dr Bharath Reddy, Sundar Ramu, Dr Bharath Reddy, Jayaprakash, Saranya Ponvannan, Kala Kalyani and many others playing the supporting characters in the cast of Kathirvel ka Pyar.

READ | Sidharth Shukla may join the cast of Om Raut's 'Adipurush' with Prabhas: Reports
READ | Loved 'The Upshaws'? Here is list of movies & shows by the cast of the Netflix sitcom!