South Indian actor Keerthy Suresh recently draped a blue and yellow saree. She mentioned that she loves wearing sarees as she posed for a video.


Keerthy Suresh is popularly known for her films like Geethaanjali, Idhu Enna Maayam and Nadigaiyar Thilagam. She is often seen sharing pictures from her work as well as personal life. Recently, she shared a video of herself dressed in a blue and yellow saree. Read ahead to take a look at Keerthy Suresh's latest picture.

Keerthy Suresh took to her Instagram handle to share a video of herself posing for a photoshoot. She draped a blue and silver saree pairing it with a yellow blouse. She accessorized her saree with a pearl choker and wore a flower gajra in her hair. The actor walked towards the camera in the video and flaunted her saree. Keerthy wrote that she loves wearing sarees combined her video with Zayn Malik's song Dusk Till Dawn.

As soon as Keerthy shared the video her fans wrote all things nice. They mentioned that she looked extremely cute with her expression. A fan also called her a queen as she draped the saree. They also flooded her comment section with heart and fire emojis. Take a look at some of the comments on Keerthy's saree video. 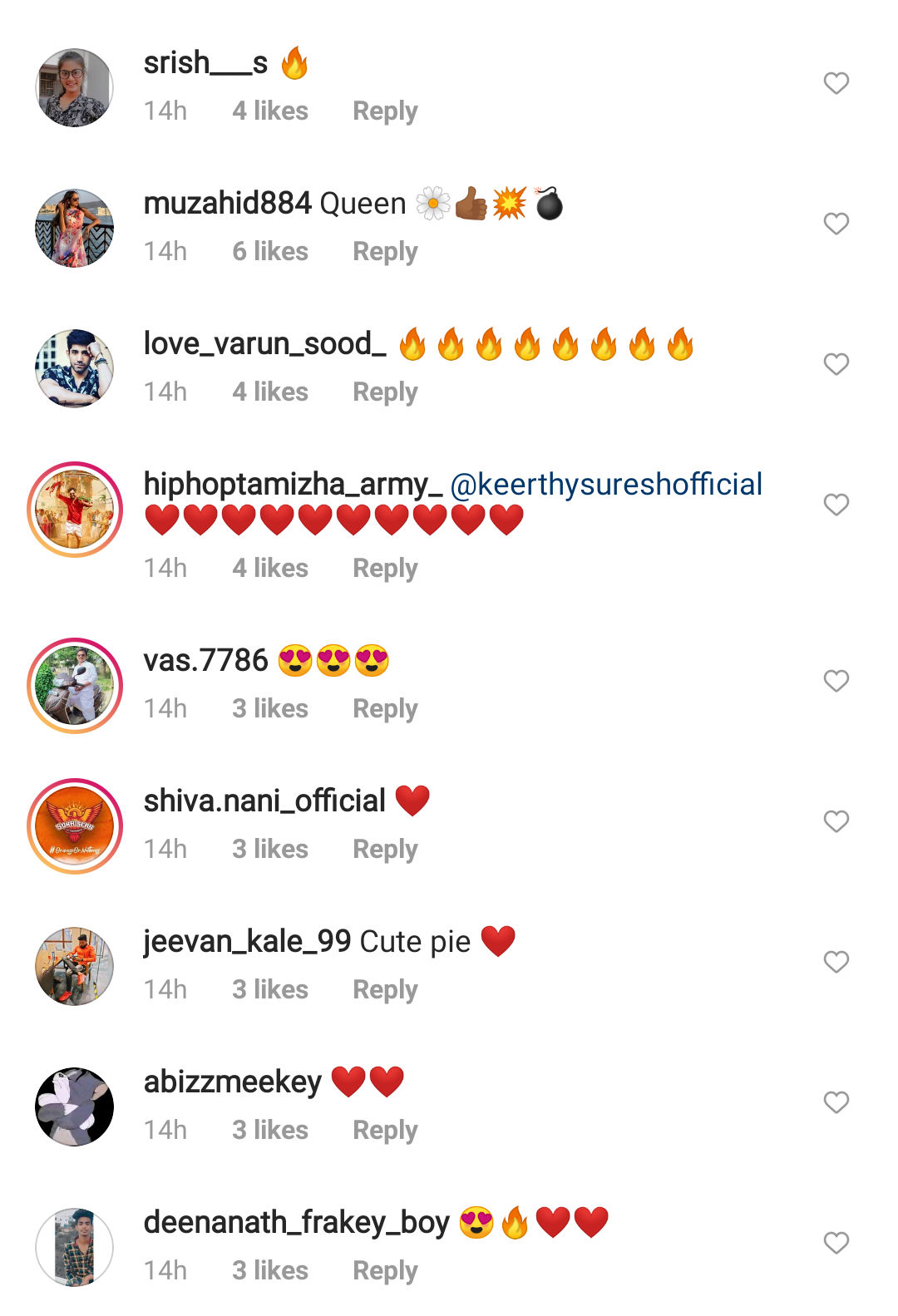 Recently, Keerthy shared a few throwback pictures of herself as she spent an evening with her "favourite people" in Dubai. She wore an olive pantsuit and carried a beige side purse. She also wore tinted glasses and left her wavy hair open. She wrote in her caption, "An evening to remember with my favourite people." She also shared a throwback video from the same evening where she is seen learning how to garnish plates with chef Burak Özdemir.

Keerthy Suresh on the work front

Keerthy Suresh's movies like Mahanati, Nadigaiyar Thilagam, Nenu Sailaja and Idhu Enna Maayam have garnered her immense popularity. The actor was last seen in the Telugu film Rang De. She will next be seen in films like Marakkar: Arabikadalinte Simham playing Aarcha and Good Luck Sakhi playing the lead role of Sakhi. She will also be seen in Malayalam film Vaashi, Tamil films Saani Kaayidham and Annaatthe and Telugu film Sarkaru Vaari Paata.