On Wednesday, Keerthy Suresh took to Instagram and dropped an Instagram reel video as she jetted off to Barcelona, Spain to shoot Sarkaru Vaari Paata 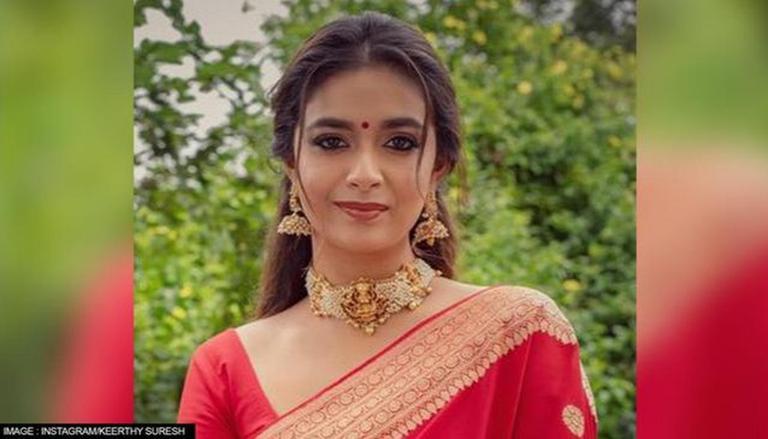 
On Wednesday, South Indian diva Keerthy Suresh took to her official Instagram handle and dropped an Instagram reel video as she jetted off to Barcelona, Spain, for the filming of her upcoming film titled Sarkaru Vaari Paata. Helmed by Parasuram Petla, the film also stars Mahesh Babu and Prakash Raj in the lead roles. The next schedule of the film will take place in Barcelona, Spain.

Taking to the photo-sharing site, the National Award-winning actor posted a reel video to inform her fans that she is heading to Spain for the shoot. She showed off her flight ticket in the video and gave a glimpse of herself. Sharing the video, she wrote, "I’m on vacation, every single day cause I love my occupation."

Earlier this month, her co-star Mahesh Babu headed to Spain for the next schedule of the film. Several pictures and videos of the actor took over the internet. The next schedule will be starting soon in the foreign country.

SS Rajamouli's directorial venture is a commercial entertainer with a social message. The film went on floors in Dubai, which was followed by schedules in Hyderabad and Goa. Bankrolled by Mythri Movie Makers, GMB Entertainment, and 14 Reels Plus banners, Sarkaru Vaari Paata will hit the theatres ahead of Sankranti, on January 13, 2022. In the Parasuram directorial venture, R Madhi is the cinematographer, Marthand K Venkatesh is the editor, whereas AS Prakash is the art director.

Reportedly, superstar Mahesh Babu also has an upcoming untitled film in collaboration with Rajamouli. The actor hinted that the film will be a massive project and further expressed excitement to work with the Baahubali director. Reportedly, the film will be produced by KL Narayan under the banner of Durga Arts. It is believed to be a jungle-based adventure drama that will be a Telugu-Hindi bilingual, however, nothing has been finalized yet, according to the makers.

WE RECOMMEND
‘Excited’ Mahesh Babu reveals his next project with SS Rajamouli is going to be 'massive'
'Will our daughters ever be safe?': Mahesh Babu on Hyderabad sexual assault case
Mahesh Babu fans celebrate as ‘Dookudu’ clocks 10 years on September 23
Samantha Akkineni enjoys get-together with Trisha Krishnan & Keerthy Suresh; shares pics
Namrata Shirodkar enjoys holiday with kids in Switzerland, calls it 'fav part of world'
Listen to the latest songs, only on JioSaavn.com