Keerthy Suresh recently took to her Twitter handle to wish her childhood friend Kalyani Priyadarshan on her birthday with some pictures.

Keerthy Suresh's birthday wishes for Kalyani shows that the two actors have been friends since their childhood. The Nenu Sailaja actor recently took to her Twitter handle to wish her childhood friend Kalyani Priyadarshan on her birthday. In the caption, Keerthy wrote 'Happy Happy Birthday Ammu!!!!! Wishing you an amazing birthday with lots of love, fun and luck !! May you have the craziest year ahead!!!! Here’s some crazy memories from the past, @kalyanipriyan'. Apparently, Keerthy Suresh and Kalyani Priyadarshan's photos are from a birthday celebration during their childhood.

Happy Happy Birthday Ammu!!!!! Wishing you an amazing birthday with lots of love, fun and luck !!

May you have the craziest year ahead!!!! ðŸ˜ðŸ¤—

Fans of the two actors are drooling over their childhood pictures. As they both share a bond since they were kids, fans are showering their love on the post. Most of the fans also wished Kalyani for her birthday. 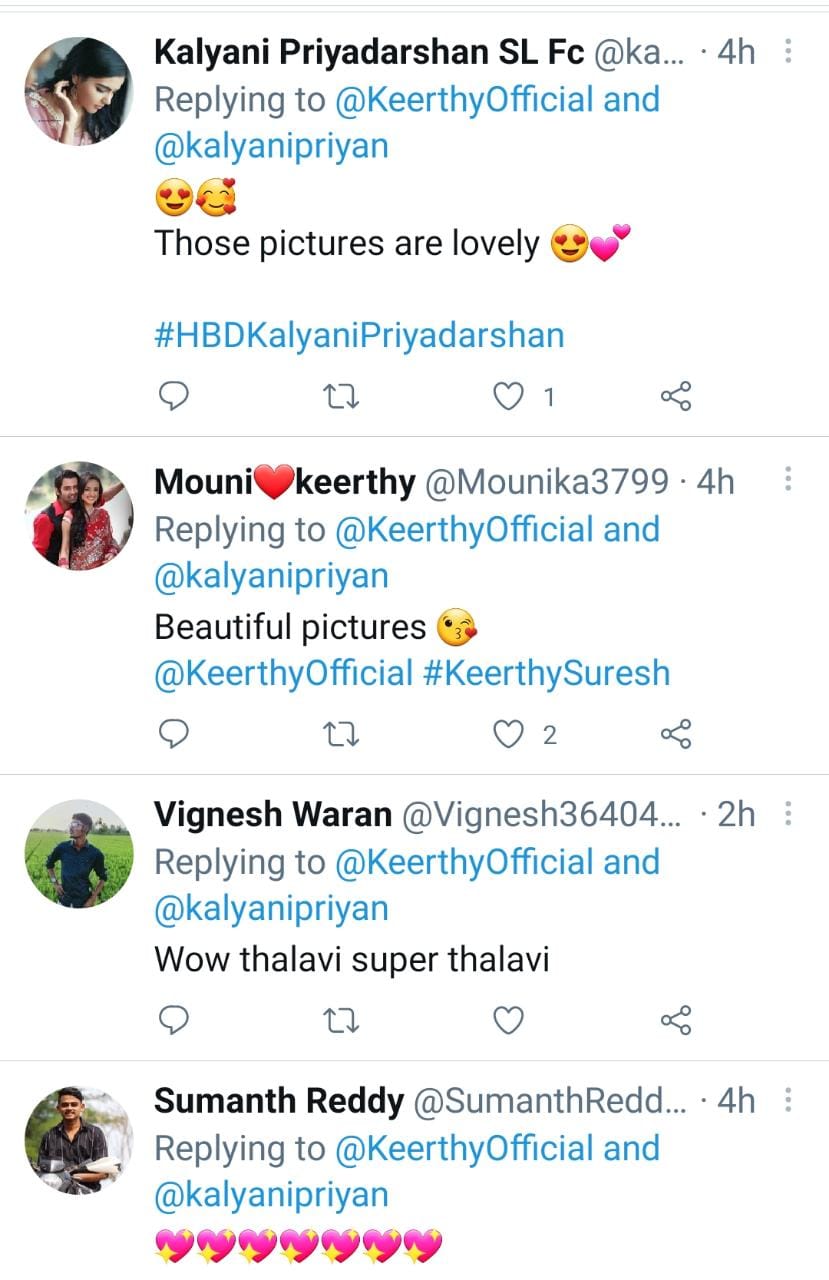 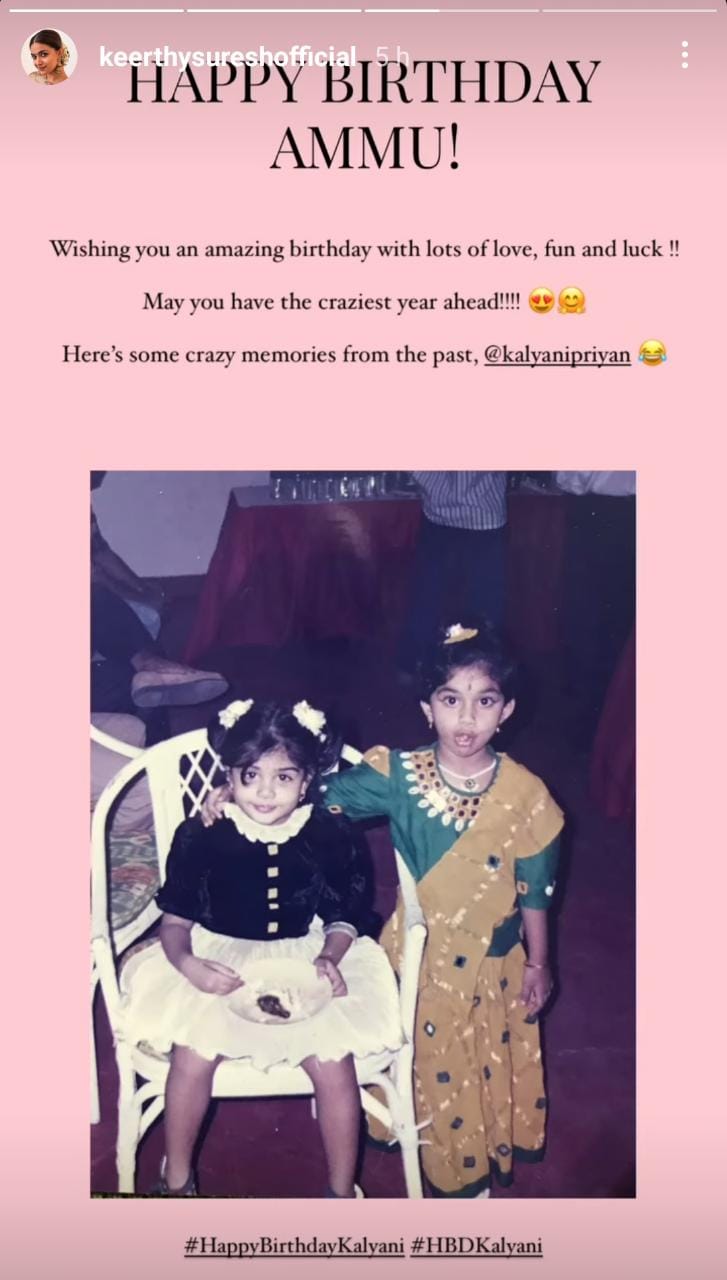 In 2018, Kalyani Priyadarshan also shared a picture with Keerthy Suresh. In the caption, the actor wrote 'Don’t think our parents would’ve ever thought two silly looking things like us would turn out the way we did. Happy birthday kittyyy!! Good luck for #SandaKozhi2 and #Sarkar! (And obviously can’t wait for us to get together for #marakkar in December ðŸ˜‹ðŸ¤—ðŸ˜š)'.

The film Marakkar: Lion Of The Arabian Sea is set to release on May 13, 2021. The film stars Mohanlal as Marakkar. The childhood friends Keerthy Suresha and Kalyani Priyadarshan are also in the movie along with Suniel Shetty, Manju Warrier, Arjun Sarja, Prabhu, and Pranav Mohanlal.