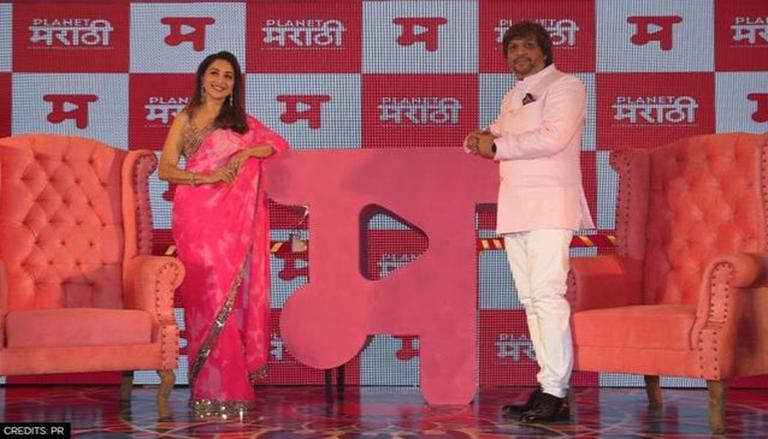 
Bollywood actor Madhuri Dixit Nene on Tuesday attended an event to launch the world's first-ever Marathi OTT platform, Planet Marathi. In the event, the actor officiated the launch of the regional OTT platform. Madhuri Dixit recently made her debut in the Marathi film industry with the movie Bucket List.

Madhuri Dixit Nene spoke about the launch of Planet Marathi OTT and said that it was a great step as there was so much potential in the Marathi film industry. The Aaja Nachle actor said, "Launching an app exclusively for Marathi entertainment is a great step taken by Akshay and his team. This has taken our industry ahead of the curve. There is so much potential in Marathi feature films and content that the world is yet to experience. This platform has made it easier for filmmakers to find and connect with their audience. I am amazed at the range of offerings Planet Marathi OTT has to offer the audience."

She added, "I am truly honoured to be the one officiating the launch. It was truly exciting to witness this historic moment. I am a Marathi entertainment enthusiast who binge-watches Marathi films and web series even from the other side of the world. In my opinion, Planet Marathi OTT is exactly what global citizens of Maharashtrian origin were waiting for."

Akshay Bardapurkar, founder and CMD of Planet Marathi also spoke about his groundbreaking platform and said, "Planet Marathi thrives to bring promising content, meaningful entertainment for every segment of Marathi audience. With the launch of this app, our offerings will now reach across the world to every user who loves watching Marathi content. Our Planet Marathi Original shows are specifically curated for web series binge-viewers who love fast-paced, meaningful, and thrilling content."