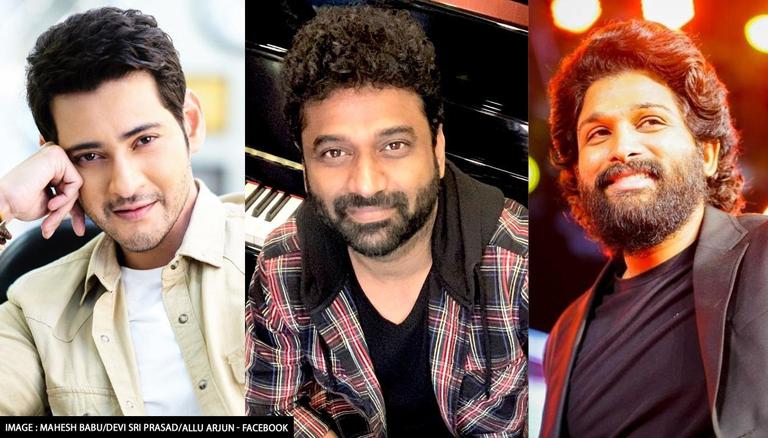 
Superstars Mahesh Babu and Allu Arjun penned heartfelt birthday wishes for popular music composer Devi Sri Prasad, who curated the album of Pushpa: The Rise. Prasad, who holds commendable popularity due to his chart-breaking songs, received special mentions from celebrities, fans and his close ones as he turned a year older. Devi Sri Prasad, who has nearly early 70 songs to his credit, is also behind the foot-tapping Hindi songs Daddy Mummy and Dhinka Chika.

Taking to his Instagram story on Tuesday, August 2, the Sarkaru Vaari Paata hitmaker shared a candid throwback glimpse alongside Prasad, calling him a 'rockstar. He wrote, "Happy birthday rockstar @thisisdsp! Wishing you the best of everything always. (sic)" Responding to Mahesh's gesture, the musician wrote, "Dearest sir @yourstrulymahesh thankyou always for the enormous love and trust sir. (sic)" 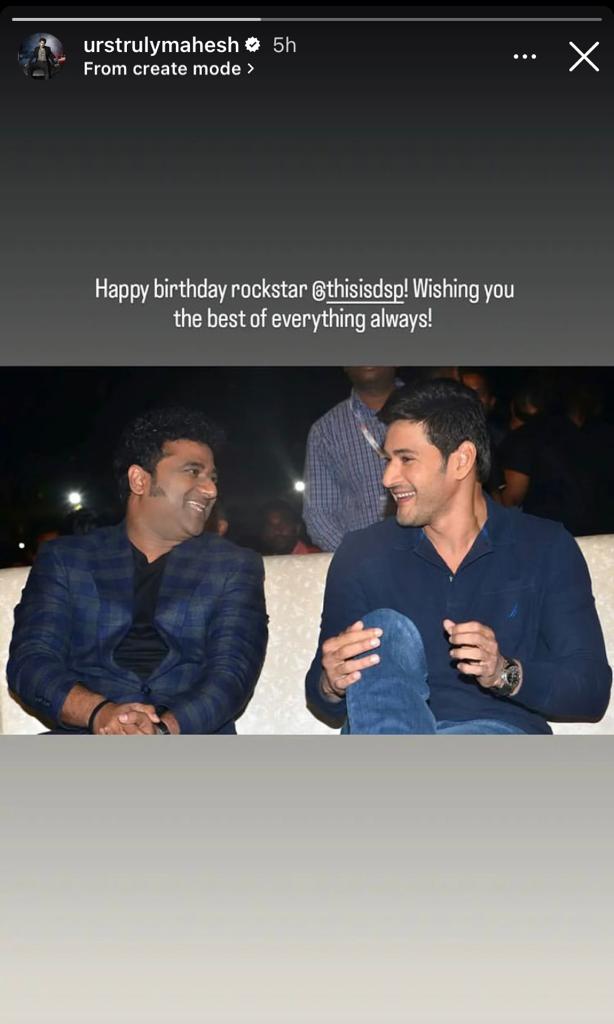 On the other hand, Pushpa star Allu Arjun also dropped a picture on his Instagram story, accompanied by a heartfelt caption for his 'childhood friend' Devi. The actor mentioned, "Many many happy returns of the day to my dearest childhood friend, my cheerleader, my music director, amazing entertainer, energetic soul and the musical rockstar @thisisdsp. (sic)" The composer promptly responded to Arjun's wish and stated, "thankyou dearest bunny boy. What a sweet message! (sic)" 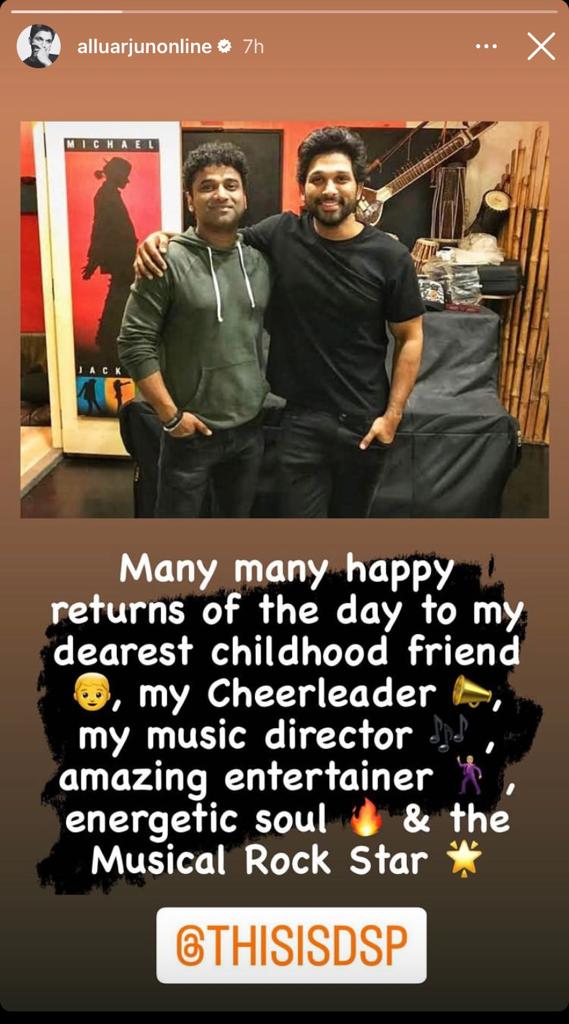 Prasad will be composing music for Varun Dhawan and Janhvi Kapoor starrer Bawaal, which would mark his first full-fledged Hindi film album. In an earlier conversation with PTI, he spoke about the collaboration and mentioned, "I am working on 'Bawaal'. It is coming out beautifully with Nitesh sir and lyricist Amitabh (Bhattacharya). We have gelled so well."

DSP continued, "When I heard the subject of 'Bawaal', I more or less explained the whole graph of music, from the first song to the last, and also the background score. Nitesh sir, Sajid sir fell in love with it,"

READ | Naga Chaitanya reveals his film 'Thank You' has THIS connection with Mahesh Babu; Find out

The composer, who's also working on the album of Pushpa 2, credited the first instalment for being a gamechanger for him. "All the songs of the film became chartbusters at the same time. That gives you immense credibility, more than delivering one or two hits here and there," he mentioned.