Mahesh Babu took to his Twitter handle to pen a sweet birthday wish for the Telugu actor Vijayshanthi on her 55th birthday. Read to know more. 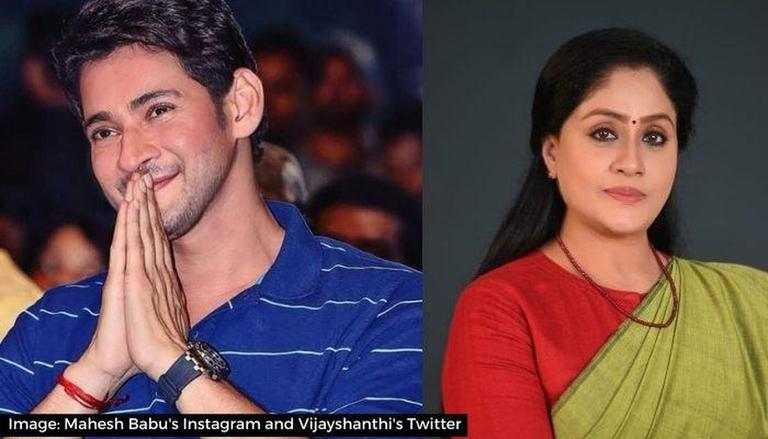 Mahesh Babu took to his Twitter handle and wrote, “Happy birthday @vijayashanthi_m garu! Wishing you all the joy, peace and great health always!” See his tweet below.

As soon as his post was shared, netizens rushed to wish Vijayshanthi a very happy birthday. Vijayshanthi is referred to as the Lady Superstar of the South Indian cinema. Her fans have shared stills from their favourite Vijayshanthi films to wish her as well. One of them wrote, “Birthday Wishes To The Versatile Actress Of Indian Cinema @vijayashanthi_m Garu From Superstar @UrstrulyMahesh  Fans !! Wishing You Good Health And Happiness Always!!” whiel another wrote, “Wishing very Happy Birthday @vijayashanthi_m garu best wishes from @urstrulyMahesh cults. All the best for ur upcoming projects.” One of the veteran star’s fans also wrote, “Many more Happy Returns of The Day Rosevijaya shanthi RoseMadam garu, you r a great Legendary heroin, Actor, in Indian film Industory, Stay blessed 100 years Madam.” Another Twitter user wrote, “Happy Birthday to the #LadySuperstar @vijayashanthi_m Of the Telugu cinema. Wishing you a loads of successful happiness. God bless you ma’am.” See their tweets below.

Birthday wishes to The Lady SuperStar of South Indian Cinema @vijayashanthi_m a Very Happy Birthday. 💐❤️
Wishing you a good health and a blessed year ahead!! #HBDVijayashanthi #HappyBirthdayVijayashanthi pic.twitter.com/TX9qKrJ2hx

Happy Birthday to the #LadySuperstar @vijayashanthi_m Of the Telugu cinema. Wishing you a loads of successful happiness. God bless you ma’am. pic.twitter.com/kgSyub5xq4

The two have shared screen space in the 2020 action-comedy film Sarileru Neekevvaru. This Telugu film also starred Rashmika Mandanna, Prakash Raj and Rajendra Prasad essaying prominent roles. It was helmed by Anil Ravipudi. The movie was a huge commercial success as well. They have also worked together in the film titled Ivanakku Sariyaana Aal Illai and the 1989 film Koduku Diddina Kapuram.

The 45-year-old actor has starred in blockbuster films like Seethamma Vakitlo Sirimalle Chettu, Brahmotsavam, Manasuku Nachindi and Maharshi. He will next be seen Telugu action film Sarkaru Vaari Paata helmed by Parasuram who has previous directed Sarocharu and Srirastu Subhamastu. Keerthy Suresh has been roped in to play the role of the female lead in this film. Mahesh Babu will also star in the biographical action film titled Major. The cast of the film also includes Sobhita Dhulipala, Saiee Manjrekar, Prakash Raj and Revathi. The new release date of the film has not been announced yet.