Gautami Deshpande shares a reel on Instagram while getting ready for her shot on the show Majha Hoshil Na. Here's how fans reacted to her cute video.

Majha Hoshil Na's Gautami Deshpande plays the character of Sai, on the show. Her character of a wealthy young woman who is humble by nature, and falls for a middle-class boy is loved by the audience. Gautami Deshpande is quite an active member on social media and shares glimpses of her day on-sets often. Gautami recently shared a reel on her Instagram account, as shot by her co-star and on-screen best friend Mugdha Puranik. Take a look at Gautami Deshpande's video below.

Gautami Deshpande shared an Instagram reel on her account shot by actor Mugdha Puranik. Gautami was seen getting her hair and makeup done in the video and seemed to be enjoying the entire process. As she grooved, the song 'Liggi' played in the background, by singer Ritviz. The actor was dressed in a casual shirt and a pair of light blue jeans. Her hair was tied up using curlers and half her makeup was done, according to her look on the show.

In the caption, Gautami wrote, "I don't do much reels..... But this girl @mugdhappy makes me do something...and yes.....I am in love with this song...â¤ï¸â¤ï¸â¤ï¸"(sic). Gautami Deshpande's fans on Instagram praised her in the comment section. They praised her look and character from the show and also told her that she looked 'cute' in her look. Gautami portrays the role of Sai on the show, who is about to get married to the love of her life Aditya. One Instagram user noticed Gautami wearing a 'mangalsutra' in the reel and wrote 'Zhalai Aditya ani Sai cha lagna' (Sai & Aditya are finally married). 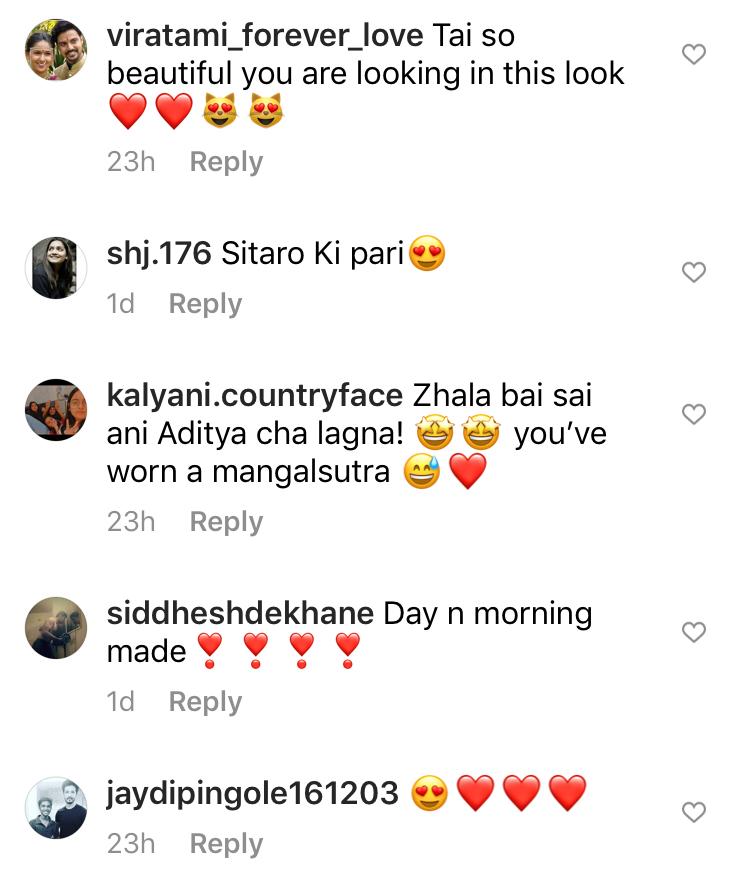 Gautami  Deshpande's show Majha Hoshil Na also stars Virajas Kulkarni in the lead role along with an ensemble cast of actors like Vidyadhar Joshi, Atul Kale, Achyut Potdar, Nikhil Ratnaparkhi, Sulekha Talwalkar, and Sunil Tawde. Currently, on the show, Sai is about to get married to a boy named Suyash, who is arrogant and tortures Sai and her family. Meanwhile, Aditya and his uncles reach Sai's house to abduct her and get her married to the love of her life, Aditya.

Also Read: Gautami Deshpande And Virajas Kulkarni To Get Married On This Date In 'Majha Hoshil Na'