Malavika Mohanan took to her official Instagram handle and recreated Rekha's look from 'Silsila'. Read on to know more about her posts.

South actor Malavika Mohanan is currently basking in the success of her latest release with Thalapathy Vijay titled Master. The actor, who predominantly works in Tamil and Malayalam language films, took to her official Instagram handle and shared a series of pictures decked up in traditional wear. She paid an ode to Bollywood superstar Rekha through her latest Instagram posts, which were loved by her fans and followers.

Rekha's style is considered to be evergreen and she is known as an icon when it comes to fashion and make-up. The yesteryear diva made her Bollywood debut as a lead actor in the year 1969 and to date is being followed by young actors when it comes to grace and poise. South Indian actor Malavika Mohanan took to her Instagram handle and shared a series of pictures where she is dressed up in a blue sheer saree, and replicated Rekha's look from the 1981 film Silsila.

Mohanan kept her hair open and added slight waves while keeping her make-up minimal with a dash of kohl to achieve the perfect Silsila look. The actor could be seen holding a few red roses in her hand as well. Her caption read, "Silsila An ode to our collective favourite Rekha in the iconic film à¤¸à¤¿à¤²à¤¸à¤¿à¤²à¤¾ We recreated a couple of her beautiful looks from the film on a lazy afternoon, and while her beauty, grace, and allure remain unmatched, this was our way of paying homage to our very own eternal style diva"

Malavika Mohanan has close to 2.2 million followers on the social networking site and her fans and followers loved seeing her in Rekha's avatar. While the majority of the comments called the actor stunning and beautiful, others showered hearts and heart-eyed emojis on her posts. A fan of the actor commented saying, "Wow goddess", while another one wrote, "Drop dead gorgeous". 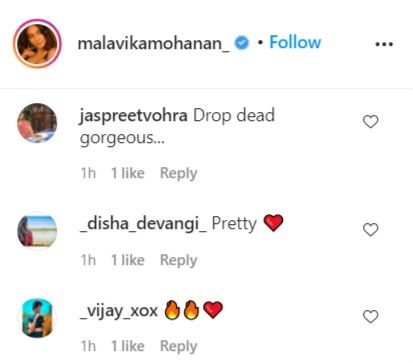 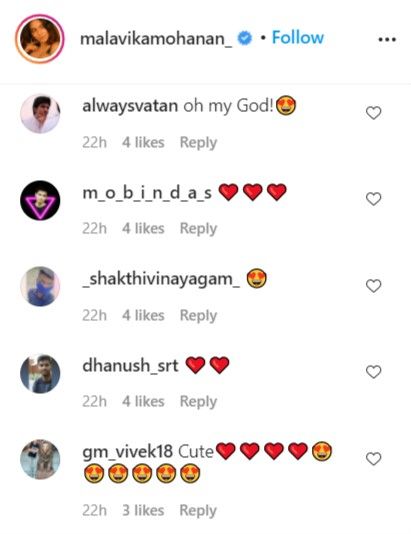 On the professional front, Mohanan was last seen in Vijay and Vijay Sethupathi starrer Master. Apart from this, she recently wrapped up the first schedule of her upcoming Tamil project titled D43 with Dhanush. The actor made her debut with the Malayalam romantic drama titled Pattam Pole in which she starred alongside actor Dulquer Salmaan. In 2019, she appeared in the movie Petta which featured her alongside an ensemble cast that included Rajinikanth, Vijay Sethupathi, and Nawazuddin Siddiqui. The film marked Mohanan's entry into Tamil cinema.

READ | Did you know Malavika Mohanan has a passion for photography? See pics