In a shocking incident, a 24-year-old man allegedly barged inside Singham Returns fame actress Sonalee Kulkarni's residence in Pune on May 25. 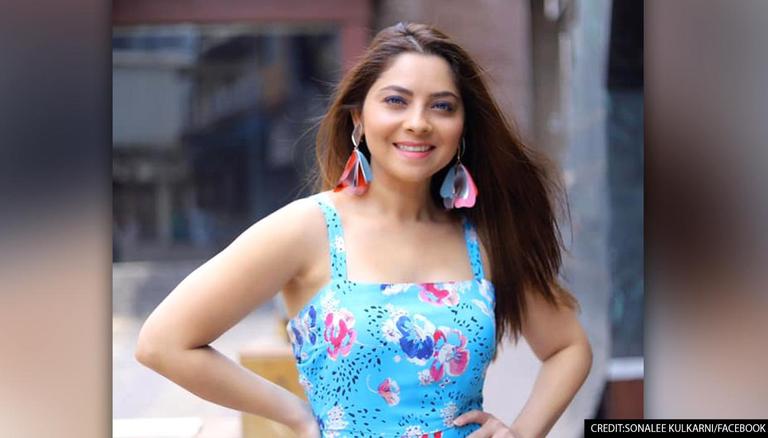 
In a shocking incident, a 24-year-old man allegedly barged inside Singham Returns fame actress Sonalee Kulkarni's residence in Pune on May 25. The man who was carrying a knife and a toy gun with him injured her father in a scuffle. Her father has sustained a minor cut because of the sharp knife. The police have detained the man and a probe is underway to find out why the accused had entered the apartment, an official told PTI.

The incident took place in the morning in Pimpri’s Chinchwad of Maharashtra''s Pune city when the man climbed into the terrace of the apartment holding a toy gun and a knife, the official from Pimpri Chinchwad police said. "The family's maid spotted the man, who told her that the police were after him and he wanted a place to hide," he said. Sonalee’s father Manohar Kulkarni, who tried to catch hold of the man and prevent him from escaping out of the house, sustained a minor knife injury. As the man tried to flee from the apartment, other residents who came running out of their house after hearing the noise, caught hold of him and handed him over to the police, the official said.

The police officials are reportedly suspecting that the man is an ardent fan of the actress as they investigate the matter further. Meanwhile, Sonalee Kulkarni is currently in Dubai after tying the knot with Kunal Benodekar. The couple had planned a grand wedding in July, however owing to the second wave of the Coronavirus, they preponed their wedding and got hitched on May 7. The actress shared several pictures from the intimate wedding ceremony at the temple which was just attended by a bunch of friends. Sonalee revealed that the two had decided to get married in the UK in June which they later pushed to July. She then came to Dubai to complete her professional commitments and after the UK banned Indian tourists, the actress got stuck in Dubai and hence ended up with her wedding in Dubai.