Nayanthara and her fiance, Vignesh Shivan were spotted at Tirumala Tirupati temple as they struck a pose for a few clicks outside on Monday morning. 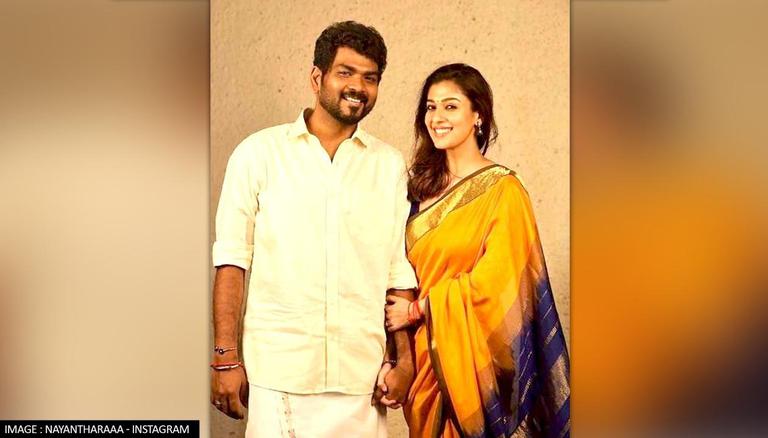 
Imaikkaa Nodigal star Nayanthara and her fiancee Vignesh Shivan were spotted at the Tirumala Tirupati temple on September 27. The duo was seen at the temple as they struck a pose for a few clicks outside. Pictures of the adorable couple soon surfaced online after their visit to the temple on Monday morning.

Nayanthara and Vignesh Shivan spotted together at Tirumala Tirupati temple

Nayanthara and her fiance and filmmaker, Vignesh Shivan arrived at Tirumala Tirupati temple on Monday. The Naanum Rowdy Dhaan actor donned a simple yet beautiful blue Anarkali and draped a dupatta around herself. Her fiance on the other hand wore a white shirt and Veshti. The duo shook hands with fans and greeted them as they departed from the temple. The duo left hand-in-hand and waved to a few fans.

The much-loved duo was recently in the news after Nayanthara confirmed her engagement to filmmaker Vignesh Shivan. The actor was recently promoting her film, Netrikann and gave more details about her engagement in an interview on Vijay Television. She mentioned that both, she and Vignesh Shivan are 'private people', so they did not opt for a grand ceremony. She said that the ceremony was a private one and took place in the midst of 'immediate family members'. She also mentioned that when they decide to tie the knot, they will definitely inform their fans.

The happy couple was recently in the news after Nayanthara organized a surprise party for Vignesh Shivan on the occasion of his birthday. The director gave his followers a sneak peek into his birthday celebrations and expressed his joy and gratitude as he shared a collection of pictures. Nayanthara and Vignesh Shivan can be seen striking a pose for the camera and can also be seen embracing each other in one of the pictures. The pictures featured several cakes, that appeared to be customised for the man of the hour. The two twinned in black and posed before a beautiful backdrop of flower arrangements. In the caption of his post he wrote, "Thank you #Thangamey for the pleasant surprise birthday and the unmatchable gift of your presence in my life 😘😘😇😍😌😌😌😌😌 !!! Thank you ☺️ dearest friends for your love n blessings as always"