Kollywood lady superstar Nayanthara, recently, surprised her beau Vignesh Shivan on his birthday. The actor organised a surprise party for her fiance on Friday. 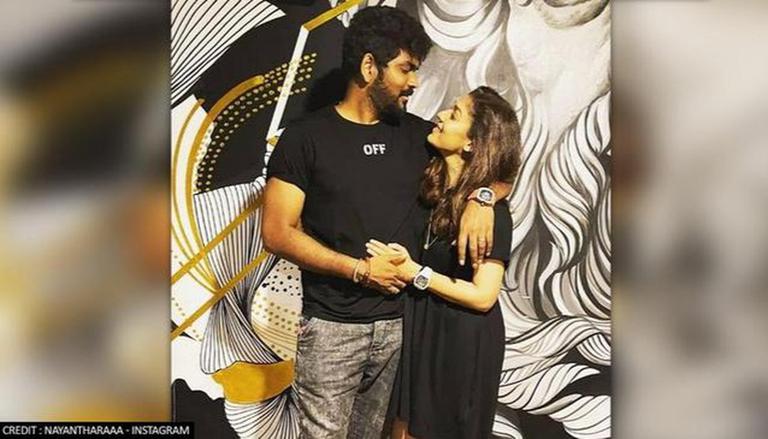 
Kollywood lady superstar Nayanthara, recently, surprised her beau Vignesh Shivan on his birthday. The actor organised a surprise party for her fiance on Friday, 17 September 2021. Shivan took to his official Instagram handle and gave a sneak peek into the celebration.

The director also expressed gratitude as he dropped a bunch of adorable pictures. See the pics below.

Taking to the photo-sharing platform, filmmaker Vignesh Shivan dropped a series of pictures from his birthday celebrations. In the pictures, Nayanthara and Shivan can be seen striking several poses in front of three customised cakes. The couple twinned in black outfits as Shivan sported a black shirt while Nayanthara wore a plain black dress. The place tagged in the post is Chennai, India. As for the caption, Shivan wrote, "Thank you #Thangamey for the pleasant surprise birthday and the unmatchable gift of your presence in my life!!!"

He continued, "Thank you dearest friends for your love n blessings as always. #TwoTwoTwo'' song coming 2 you in a short while from now." Many fans were rejoiced to see the star couple pose together as they dropped red hearts, heart-eyed faces, and fire emojis. A few of them also expressed their excitement for the release of Two Two Two song.

A fan commented, "Wishing you many more happy returns of the day anna. Have a blast year ahead." Another one added, "Happyyy Birthday Mr.Nayanthara. I hope you don't take offense in this.. Also please post pics of Mrs Wikki. Vaazhga Valamudan." A netizen called the couple 'cuties,' while another one chipped in, "Adorable pictures." 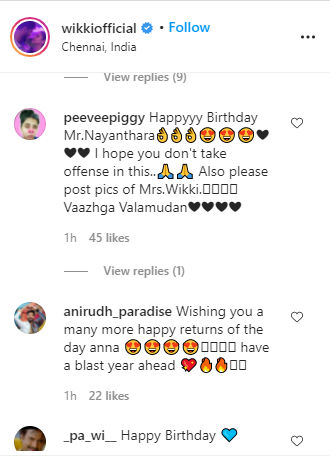 Nayanthara and Shivan are dating since 2015. The couple got officially hitched in a private ceremony. In August this year, Nayanthara while promoting her film, Netrikann, confirmed their engagement in a TV interview. She also revealed that they have not decided on their marriage yet.

Meanwhile, for the unversed, Nayanthara will next appear in Shivan directorial venture, Kaathu Vaakula Rendu Kadhal. The Kollywood star also has Annaathe, a Malayalam flick titled Pattu in the pipeline. She will also be seen in an untitled Hindi film.

WE RECOMMEND
'Annaatthe' motion poster out; Rajinikanth looks fierce and powerful as hero of masses
Vignesh Shivan answers when he will marry Nayanthara in Ask Me Anything session
Nayanthara confirms engagement with Vignesh Shivan, shares marriage plans
Prithviraj Sukumaran starrer 'Gold' marks the commencement of shoot with Pooja ceremony
Actor Nayanthara and beau Vignesh Shivan receive COVID-19 vaccine in Chennai
Listen to the latest songs, only on JioSaavn.com