Nizhal is a Malayalam-language mystery thriller film directed by Appu N. Bhattathiri and premiered on Amazon Prime on May 11, 2021. Read the Nizhal review below 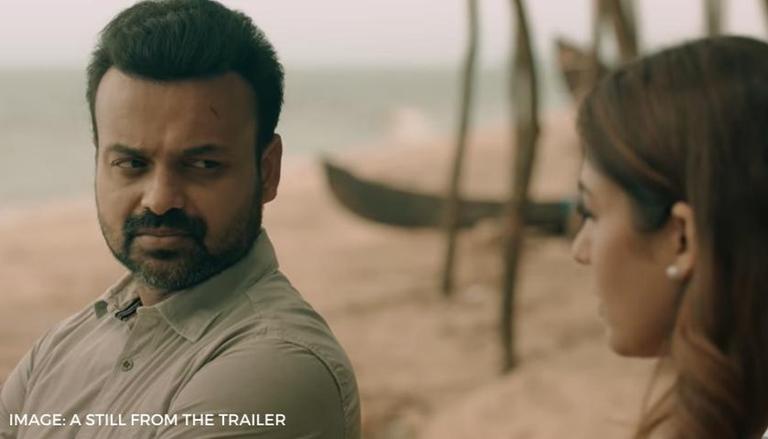 IMAGE: A STILL FROM NIZHAL TRAILER


Nizhal is a 2021 Malayalam-language mystery thriller film directed by Appu N. Bhattathiri and the Nizhal cast includes Kunchacko Boban and Nayanthara in the lead roles along with Izin Hash, Rony David, and others in supporting roles. The movie premiered on Amazon Prime Video on May 11, 2021. Read ahead to know more about the Nizhal review.

A look at Nizhal plot

The story of Nizhal revolves around a man who is recouping from a traumatic accident and meets a young boy who interests him with murder stories. When the man explores the possibility of the boy’s stories by mapping the events, it matches with the real-time incidents. The movie received mixed reviews and the IMDb rating of the thriller is 6.3 out of 10.

A look at Nizhal review by netizens

As the film was released, fans and followers took to Twitter to share their opinion about it. One user has appreciated the performance of the actors and wrote, “A grippy engaging thriller. Great performance by @KunchacksOffl and @NayantharaUWorth watch.” Another fan who liked the photography wrote, “#Nizhal - Aesthetic Photography with a unique thrilling mystery! What more can you ask for? Liked it!!”

A grippy engaging thriller😍... Great performance by @KunchacksOffl and @NayantharaU 😎😎...

What more can you ask for?

#Nizhalonprime 45 min into d movie , fantastically set up : hope it does not lose track from now on

@NayantharaU in action ❤️ #NizhalOnPrime is a good movie ‘ liked the cilmax ❤️ 2nd half could have been better ! First half was so good’ #KunchackoBoban is on his peak now. ❤️✅ #nizhal is another winner for #malayalam cinema this year ❤️

Some of them stated why they didn’t like the movie and wrote, “Watched #Nizhal Weak Screenplay..though there are thrilling scenes..Screenplay is really draggy,which really degrades the movie..!! Technical sides including BGM & VFX was good..but don't think that song placement was good enough..! For me the climax was too predictable.!” “Story is fresh..but the execution failed somewhere..Ends up as a decent to average flick!” Have a look at the fan reactions below.

For me the climax was too predictable.!

Good Perfo from the lead cast is definitely a positive..Without any doubt this one would be the disastrous dub ever for #Nayanthara in a Malayalam Movie💯

1 thng abt #Nizhal - How the director convncd the star cast act in this garbge🙏🙏🙏
No twists, no thrills, no exctng scrnplay and u call it a thrillr; indeed the narratn goes for a toss aftr a point. It happns when u take audience for grantd.#NizhalOnSimplySouth #NizhalOnPrime

About the Nizhal cast

Boban predominantly works in the Malayalam film industry and has acted in more than 90 films in more than two decades. He made his debut as a child artist in the film Dhanya in 1981. He is known for appearing in films such as Aniyathipraavu, Harikrishnans, Nakshatratharattu, Niram, Kasthooriman, and many more. He has received many awards, including the Kerala State Film Awards.

Nayanthara predominantly works in Tamil, Telugu, and Malayalam cinema. She made her debut in the year 2005 with the Tamil film with Ayya. She is known for films such as Rappakal, Ghajini, Dubai Seenu, Tulasi, Billa, Yaaradi Nee Mohini, Aadhavan, Bodyguard, and more.

(IMAGE: A STILL FROM NIZHAL TRAILER)