On Karthi's Birthday, Fans Shower Love And Wishes For The 'Sulthan' Actor

Celebrating Karthi's birthday, #HappyBirthdayKarthi has been trending on Twitter. As he turns a year older, netizens are showering him with best wishes. 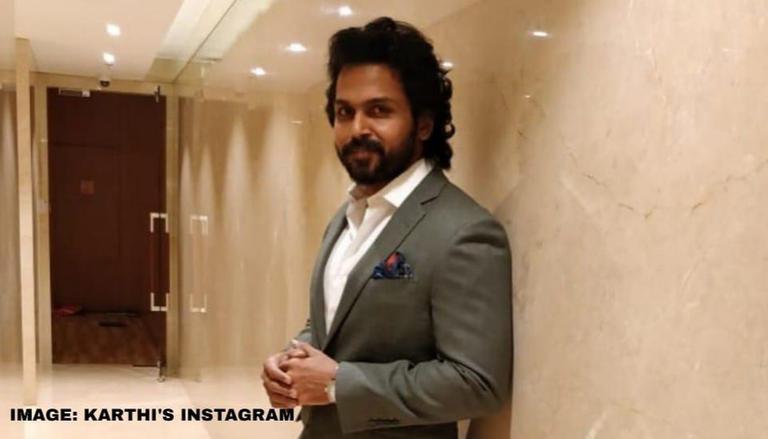 
On May 25, 2021, actor Karthi is celebrating his 44th birthday. The actor rose to fame in the show business much earlier than his elder brother, Suriya. Karthi gained recognition with his debut film, Paruthiveeran. His acting career has since been a steady upward arc. The list of popular Karthi's movies includes Alex Pandian, Madras, Biryani, Kaatru Veliyidai, and many more. As the actor turns a year older, netizens are showering him with the best wishes on their social media handles. Twitter is flooded with wishes on Karthi's birthday.

A fan dropped Karthi's pictures and captioned them as 'Happy birthday Karthi' and wished him 'a great year of good health, happiness and success'. Another one shared the most popular picture of him and dropped his wishes. A netizen called Karthi 'the most talented hero' and wished him luck for his upcoming projects. Another one called him 'super talented and charming' actor and dropped a still from his film.

Wishing A very Happy Birthday To One
Of the most talented Hero @Karthi_Offl
Garu , on behalf of @tarak9999 Fans

Sending out our birthday wishes to the super talented and charming @Karthi_Offl From Superstar @UrstrulyMahesh Fans !! 😍❤️

Wishing You The Best In Everything You Do :))#HappyBirthdayKarthi pic.twitter.com/s8rTD0VpDX

A fan dropped a picture of him and called him 'Sulthan'. He further wished him 'only the best of best in everything'. Another one also tweeted on Karthi's birthday and wished him 'all the best for his future projects'. A Twitter fan page simply dropped his picture along with his brother, Suriya, and further wished him 'Happy birthday Karthi anna' with a string of emoticons.

Ahead of his birthday, Karthi released a statement urging his fans and followers to stay indoors during the ongoing COVID-19 pandemic. He added an important message for fans to sanitise regularly and wear a mask as they step out of their houses. The Sulthan actor also requested everyone to be safe by following all the safety measures.

Actor @Karthi_Offl requests fans to be safe during the pandemic by following all safety measures.

Meanwhile, on the work front, the actor was last seen in Sulthan. He was featured opposite Dear Comrade star, Rashmika Mandanna. The film received mixed reviews from the critics as well as the audience. He will next be seen in Mani Ratnam's Ponniyin Selvam. The film also features Vikram, Aishwarya Rai Bachchan, Jayam Ravi, Trisha, and Jayaram in prominent roles. Prabhu, Vikram Prabhu, Aishwarya Lekshmi, and Sobhita Dhulipala will be seen in supporting roles.

READ | On Karthi’s birthday, let us have a look at ten of his best movies of all time