Osthi Cast: Everything You Need Know About The Blockbuster Tamil 'Dabangg' Remake

Osthi is a Tamil remake of the original Bollywood film Dabangg. Here is a list of the cast and the characters they play in the Tamil film, for fans - 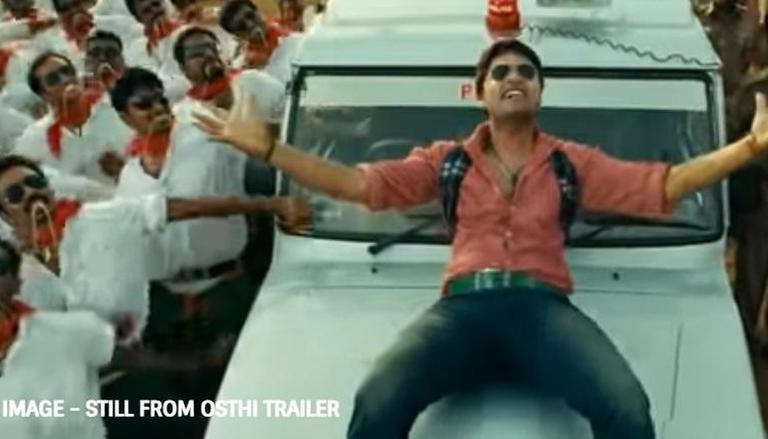 
Osthi is a Tamil action comedy film which is an official remake of the 2010 Bollywood film Dabangg. The film tells the story of a fearless police officer, 'Osthi' Velan, and his troubled relationship with his stepfather and half-brother. Osthi embarks on a mission to take down a corrupt politician. The film was directed by S. Dharani. Here's a list of the Cast of Osthi, and the characters they play -

The cast of Osthi includes actor Silambarasn who plays the lead and titular character of Osthe Velan. Osthi is the Inspector of Police in Kattupakkam in the Thirunelveli district. He's a stylish cop who likes to have a gala time with his subordinates, however, has a love-hate relationship with his younger brother. He also eventually decides to go after Boxer Daniel, and the two eventually fight to the death

Richa Gangopadhyay plays the role of Neduvaali Velan in the film. Neduvaali is the daughter of the village drunkard. However, she is strong and smart. She falls in love with Inspector Osthi and their love story begins almost instantly. She eventually marries him and settles down.

READ | 'Jai Dakshineshwar Kali Maa' cast: A look at the actors of the 1996 devotional movie

Sonu Sood plays Boxer Daniel in the film. Daniel is a corrupt man with a sole motive, which is to win the election. He uses his power and influence and will do almost anything to win the polls. Osthi Velan, the Inspector of Police, eventually becomes his nemesis. He uses Balan for his own benefits, hatching plans in order to bring Osthi down. Sonu Sood reprises his role from the original Bollywood film, Dabangg.

READ | If you loved 'Army of the Dead', here're some other movies by the cast that you may enjoy

The Osthi cast also includes Jithan Ramesh as Balan, Velu's younger brother. Balan is Osthi's half-brother who has a love-hate relationship with him. While the two love their mother and she tries to keep a balance between the two, their father often takes Balan's side. He is also easily manipulated and influenced by others.

READ | 'Tangled' cast: A list of the key actors and the characters that play in the Disney show