Recently, pictures of Pawan Kalyan and his son Akira Nandan have been trending over social media sites. The photos were shared on May 31, 2021, on Twitter 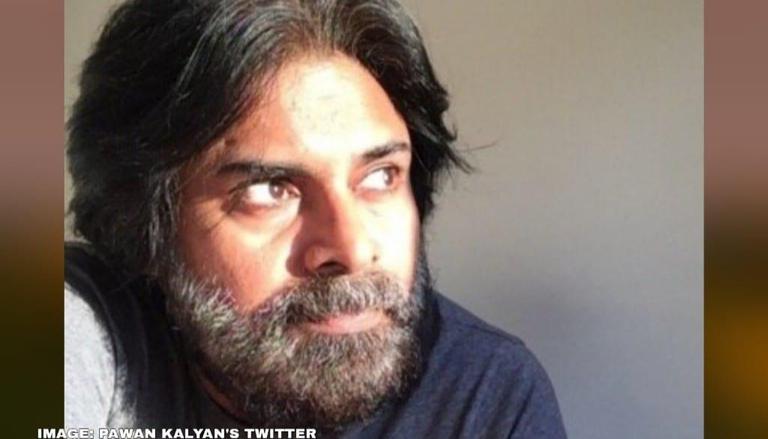 
Recently, a couple of pictures of Pawan Kalyan and his son Akira Nandan have been trending on social media sites. The photos were shared on May 31, 2021, on microblogging site Twitter. In the pictures, Pawan Kalyan and Akira can be dressed casually. Fans were elated upon seeing Pawan Kalyan's photos and have been reposting them on their social media handles by using hashtags- '#Akira' and '#PowerStarPawanKalyan'.

In the pictures, Akira looks all grown up. He can be seen posing with his father, Pawan. The father-son duo can be seen dressed in casual outfits. Pawan sported a navy blue kurta which he paired with white pyjama, while Akira donned a blue t-shirt with Khaki shorts. Pawan also posed with his ex-wife, Renu Desai.

READ | Tamil Nadu lockdown: Here's how to apply and check the e-pass status for travelling

As soon as the pictures were up on the internet, many of his fans and followers rushed to repost the pictures. A fan commented, "Akira is next-generation Prabhas". Another fan commented that they were very glad to see that BARaju's team is carrying his services towards Tollywood. He added that it is really highly appreciated thing. A netizen commented that Pawan Kalyan's wife did a good job and further complimented Pawan Kalyan's son. Another netizen called Pawan 'a king', while several others dropped appreciating GIFs.

Akira is next generation Prabhas 🙂

Very glad to see that BAraju's team carrying his services towards Tollywood. Really it's a highly appreciated thing..

Ur mothe is also his wife anta.. ur son of power Star congratulations bro.. ur mom did good job 👏

Akira is the elder son of Renu Desai and Pawan. The duo tied the knot in the year 2009 and share two children - son Akira, and daughter Aadya. The couple separated in the year 2012. According to reports by Filmibeats, Pawan and Akira are learning classical music together. There have been speculations about Akira making his acting debut, but nothing has been confirmed yet.

On the work front, Pawan Kalyan has appeared in numerous popular movies such as Gokulamlo Seeta, Suswagatham, Tholi Prema, Thammudu, Badri, Kushi, Jalsa, Gabbar Singh, Gopala Gopala, Teen Maar, Panjaa, Cameraman Ganga Tho Rambabu, Attarintiki Daredi, and many more. Pawan has sung hit songs such as Thammudu, Johnny, Gudumba Shankar, among others. He will next be seen in Hari Hara Veeramallu and an unnamed remake of Ayyappanum Koshiyum.

READ | Remember when Vidya Balan was rejected by a Tamil producer during her initial days?